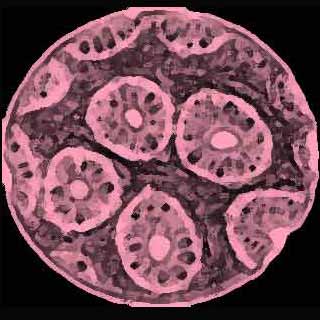 Avoiding regular colonoscopy can prove to be a fatal choice for some. It is believed that colon cancer is the third most common cancer found in American men and women. According to the American Cancer Society, every year colon cancer kills around 50,000 Americans.

Colonoscopy is a very expensive and painful procedure, thus many people skip a routine checkup. In order to persuade Americans to undergo colonoscopy, Professor Arber has come up with a non-invasive, painless and an affordable test. Professor Nadir Arber is a professor of medicine and gastroenterology in Sackler Faculty of Medicine at Tel Aviv University and also heads the Integrated Cancer Prevention Center at the Tel Aviv Souraski Medical Center.

This early warning test can spot colon cancer in the blood. Colon polyp cells are the precursors to colon cancer. Arber’s new innovative test, using biomarkers, spots colon polyps cells in the patient’s blood, with great accuracy and a high degree of sensitivity. This is the first test in the market that can do so. It is called the CD24 test. Through this test, doctors can get hold of the polyp growth in the colon of around 80percent of the patients.

CD24 is the oncogene for colorectal cancer. Polyps in the colon discharge biomarkers, which are then spotted in the blood at very low levels. Some studies conducted recently state that this test can rightly distinguish the polyps that convert to colon cancer, adenomas. The success rate is measured at 80 percent.

Arber says that, “85 percent of those who develop colon cancer have no symptoms or family history. Generally speaking, it’s much harder to get these people to comply with taking the test.” He further says that, “If we can identify those who are prone to cancer through a less invasive test, we can convince them to do the colonoscopy.”

Doctors with the aid of Arber’s new test, as part of a routine blood test, can screen patients for colon cancer very quickly. The American Cancer Society recommends people aging more than 50 to undergo routine colonoscopy.

Professor Arber is presently working on a medicine that prevents the growth of polyps in the colon. Meanwhile, he suggests a number of ways to prevent the onset of colon cancer, especially for those who are very vulnerable to this disease. He says, “There are some lifestyle choices people can make to prevent malignancies. Eating well, exercise, and avoiding smoking and drinking are very important.”

Within 2 years, this innovative test can save the life of up to thousands of American patients. It is believed that this new technique could be the breakthrough of the decade.