Do you prefer changes in your life every now and then or do you like a static stable life? Some scientists believe that a specific “wiring” in the brain affects our choices and preferred life style. Connection between the nerves is considered to be the reason. 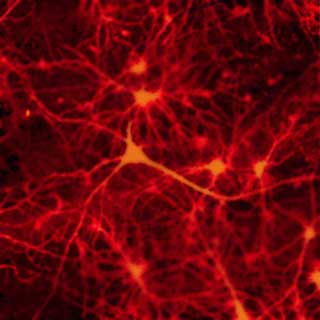 People who like going to different places every year on holidays or who cant seem to stick to a one particular job are believed to be wired from the brain like that. It is believed that the neural connection between their ventral striatum and hippocampus is well developed.

The reward system is located in the striatum. It is this system that urges the individual to take action. The striatum is where the hippocampus is responsible for particular memory functions. Both, ventral striatum and hippocampus are important centers in the brain.

This new research was conducted by the scientists from Bonn. Michael X. Cohen and Dr. Bernd Weber believe that the connection between the brain nerves determines a person’s personality and choices in life. It is stated that when the hippocampus classifies an experience as new, then it notifies the striatum, which releases particular neurotransmitters which emote a positive feeling in the individual.

For this research, the subjects had to select the most apt answer from a provided questionnaire that suited their personality the best. For instance, “I like to try out new things just for fun or because it’s a challenge” or “I prefer to stay at home rather than traveling or investigating new things.” Other options included, “I want to please other people as much as possible” and also, “’I don’t care whether other people like me or the way I do things.” Here another link was noticed by the researchers. Weber says, “The stronger the connection between frontal lobe and ventral striatum, the more distinctive the desire for recognition by that person’s environment.” It’s a known fact that people with defects in their frontal lobe are more prone to violate social norms.

Prior to this, it was not an easy task to unveil the individual “wiring” of the brain. Dr. Weber says, “In principle this was only possible using cross sections of the brain of deceased people, which in addition had to be stained in a complex process.” About their latest research, Cohen says, “With this hazard-free method we can work on completely new issues related to the function of the brain.”

Modern MRI scans have made the viewing of the on-going process in the brain a lot easier. The direction, in which water from the tissues scatter, can be determined with modern techniques. Nerve fibers are an impenetrable obstacle for tissue fluid, which can just flow along them. It is said that these “directional” streams of water can be noticed in the tomography images.

Weber and Cohen believe that in order to conclude their results they need more facts. Further they wish to conduct more tests to confirm that people’s behavior fluctuates because of a specific “wiring” in their respective brains.

The Bonn scientists study will be published in the Nature Neuroscience journal.