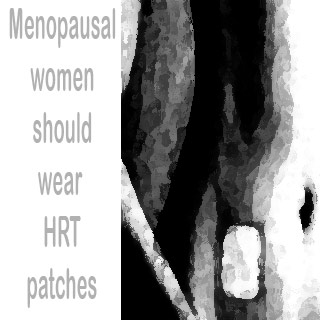 According to weight and appetite experts from around the world, menopausal women should consume less food, increase physical activity and if on Hormone replacement therapy (HRT), then consider trans-dermal patches.

These experts met at a joint conference in Bangkok, in order to discuss sex differences in obesity. They also discussed the causal factors leading to weight gain in menopausal women, and preventive ways to avoid it.

Dr. Amanda Sainsbury from Sydney’s Garvan Institute of Medical Research and Dr. Jennifer Lovejoy from the University of Washington, Seattle were co-chaired in this conference. Garvan’s Professor Lesley Campbell, also the Director of the St. Vincent’s Diabetes Centre, was the invited speaker at the conference.

Dr. Sainsbury says, “So many women get confused when they start to gain weight during menopause, because their eating habits haven’t changed. What the research shows clearly is that menopause causes a dramatic and sudden reduction in physical activity levels. Just prior to menopause, women halve their amount of activity compared to pre-menopause levels. So one reason women gain weight in menopause is because of a reduction in energy expenditure. Combine this with unchanged eating habits and weight gain is almost inevitable.”

She also says that they are unsure about the reason why women stop moving around as much. Research implicates that their inactivity is linked with the lack of estrogen in their body. Estrogen has dramatic effects on the signals which the brain sends to the body. The researchers are currently trying to figure out what causes these effects and whether they continue long term or not. It has been noticed that women who continue with their daily routine activities and remain or increase their activity during menopause don’t gain additional weight as a result. Dr. Sainsbury further says that when women don’t have that much physical activity, then they don’t need a lot of energy either, so it is very crucial to nourish your body with food, but to avoid over consumption as well.

Hormone replacement therapy (HRT) was also discussed at the conference. About HRT, Professor Campbell says that it can guard women against gaining abdominal fat and also the development of various heart diseases and Type 2 diabetes. Professor Campbell further says that before menopause, women are at a lesser risk of heart diseases than men.
But after menopause, the risk gets equal for both. It is believed that HRT maintains the same level of risk faced pre-menopausal for menopause women.

Professor Campbell continues that around a decade back, Garvan endocrinologists had made a groundbreaking discovery. This discovery is unknown to many women and GPs. These endocrinologists had discovered that the intake of HRT by wearing trans-dermal patches was better than taking HRT orally, for women.

They have summarized the conference consensus in the Obesity Reviews issue. The paper is available online as well.