There has been a lot of confusion between parents and teachers, as to what is the right way to tutor children. There is uncertainty as to how to positively teach children new skills. What is the right way? Should they learn it little by little in stages with examples? Should they directly head for the complex problems and then come down to the easier ones? Or should they switch between easy and complex problems randomly? 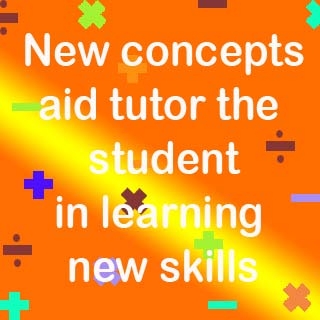 The conventional methods suggest that the most effective way to successfully fulfill and accomplish this task is to tutor the child step by step. Start with easy problems and then gradually move on to difficult ones. However, this particular study has yielded mixed results.

The psychologists, Brain J. Spiering and F. Gregory Ashby, of the University of California, Santa Barbara, undertook this study. Their aim was to discover the best possible way to learn new information. A group of volunteers were taught a new task in which they had to categorize items. They were trained to complete the task by one of the three methods. They had to either start with the easy problems; or start with the harder problems and move on to easier ones; or they were showed examples in a random order.

The results revealed that the effects of the different training methods rested on the type of categories that the participants were learning. All the three training procedures were successful, if the categories could be easily described. But when the categories could not be easily described, the ones starting with the harder problems and gradually moving on to simpler ones proved successful. Participants who worked their way through the easy problems to the tougher ones faced problems. They could easily come up with simple rules and category descriptions which proved successful with the easier problems, but the same rules did not apply to the complex problems, which yielded negative results.

In order to solve the problems, they could not think abstractly. Contrary to this group, the volunteers who started with the tougher ones and gradually moved on to easier ones were more successful. They soon stopped trying to come up with new ways to describe the categories, and started seeing the problems from an abstract angle. Thus this method helped them perform better.

Thus this concludes that materials should be given to students in a particular order depending on what is being taught. This study may prove to be beneficial for teachers and instructors.