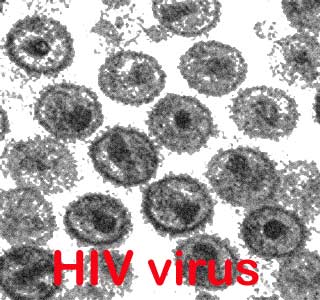 University of Missouri study has apparently come up with a new way of treating the evolving HIV viral strains. The increasing growth of this virus and the harmful effects caused by long-term exposure to present treatments is evidently the reason that urged the scientists to continue looking for alternative HIV treatments. UM researchers have identified broad-spectrum aptamers.

Aptamers are said to be synthetic molecules which apparently prevent the HIV virus from replicating. Aptamers called RT5, RT6 and RT47 among others were said to be broad-spectrum. These aptamers can presumably permit the treatment of many HIV-1 subtypes.

It’s stated that, aptamers have apparently curbed viral reproduction, by hindering crucial enzymes, like reverse transciptase (RT), in the HIV-1 virus. The RT apparently copies genetic material and reproduces new viruses. Scientists evidently hope to create such aptamers that may interrupt RT, which will in turn curb virus birth. Aptamers, apparently are said to be capable of reducing the viral infectivity, by hindering the normal RT function.

Burke-Aguero says, “The first batch of aptamers developed were designed for a particular virus and would not work on all strains of HIV. Now our goal is to develop broad-spectrum aptamers. If an aptamer has broad-spectrum function, viruses will be less likely to develop resistance to the therapy. We are in the process of refining aptamers and understanding the nature of resistance in order to get multi-year to lifetime protection.”

There are apparently various HIV-1 subtypes globally, where each subtype had a different amino acid sequence. This in turn evidently makes it hard to produce an individual aptamer, which will function on every substype.

Burke-Aguero further says synthetic molecules should apparently be the precise size and shape to attach with HIV proteins.

The study was co-authored by Daniel Michalowski and Rebecca Chitima-Matsiga.