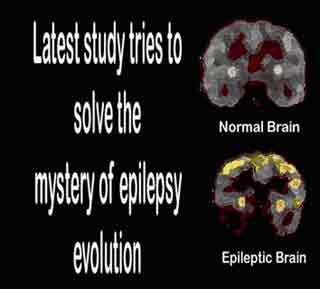 Researchers have attempted to unveil the mystery of different long term effects of the same situation experienced by two children. Both the children experience seizures. It’s stated that one of these children never goes through another seizure in his life, while the other child experiences various seizures again, after two decades. The second child is later supposedly diagnosed with epilepsy.

The researchers have conducted their study at the Rensselaer Polytechnic Institute. They wanted to evaluate the happenings in the life of these two children that could be responsible for their present neurological health. They discovered that genetic predisposition in unison with the patient’s first seizure incidence may later cause epilepsy. It’s stated that the researchers are in the midst of determining which element in the genetic code is the deciding factor that results in epilepsy in one child, while not in the other.

Animal models were first studied in order to better understand seizure behavior in human beings. The researchers examined various specific strains of mice that displayed striking seizure predispositions. They believe that this may help them to better understand why after a common seizure attack, epilepsy affects only some of the patients.

One strain was predisposed to have a high resistance to seizures; however this resistance reduces after multiple seizures. After a resting period of one month, testing the strain revealed that its resistance was still low, thus implying a long term change in seizure resistance.

Lead author, Russell Ferland, assistant professor of biology, Rensselaer, says that, “These changes in seizure behavior show us that a different portion of the brain is being changed and activated during the rest period.” The researchers evaluated the brain in an attempt to determine what change had occurred in the brain during the initial seizures. They say, “Those initial seizures created a lasting change in the brain.”

Multiple strains of mice were tested over a period of eight years, for their initial seizure response. They were examined after a one-month period of rest for any change in the seizure type or severity. In one strain of mouse, it was discovered that, they had low initial resistance to seizures, and this resistance level remained the same even after multiple seizures. Ferland says that, “This strain demonstrates that there is some genetic component that changes seizure response on day one and changed the seizure type/severity after the one-month rest.”

The researchers in an attempt to assess this theory examined a hybrid. This strain apparently contained some of the genetic material from the more resistant strain and some from the less resistant strain. This strain’s initial high resistance decreased over time. After the rest period, evidently the mice didn’t react to the varying severity of the seizures. This points out that the hybrid strain may be receiving genes for resistance and severity of seizures separately from the parental strains. This hints at a genetic contribution to epilepsy and epileptogenesis.

The researchers are now apparently using certain genetic tools in order to locate the genes that protect some of the mice’s brain from getting affected after the initial seizures. They say that study of the genetics of epileptogenesis is crucial not only for the treatment of this disorder but also for its prevention.

Their findings are published in the Experimental Neurology issue.

Succimer seems to be unsuccessful in extracting mercury