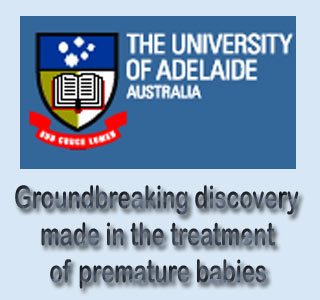 A latest study has taken a marked step forward in the treatment of premature babies facing the risk of developmental disorders. This study was conducted by the University of Adelaide researchers.

The researchers have stated that in pre-term infants receiving high doses of fatty acids through their mother’s milk or infant’s formula, an improvement was noticed in their mental development.

This study lasted for about six years. It was led by Dr. Maria Makrides from the Women’s & Children’s Health Research Institute; and Professor Bob Gibson from the University of Adelaide.

They say that pre-term infants have immature omega 3 fatty acid in their brain, called the Docosahexaenoic acid (DHA). Infants born before 33 weeks of gestation don’t have adequately developed DHA levels, thus this could further trigger an impaired mental development in these infants.

In an attempt to overcome this criteria, high doses of DHA were supplied to breast feeding mothers with pre-term babies. These mothers were given tuna oil capsules. Supplementary formulas were also given to infants if required, with the similar DHA level content.

More than 600 pre-term infants were studied. In an estimated 50 percent of the high DHA diet infants a delayed mental development was noticed, as compared to the low DHA diet infants.

Astoundingly, premature girls responded better to high DHA enriched diet, as compared to the girls fed low DHA diet. The investigators were surprised to find that premature male babies didn’t reveal similar results as the girls. In the premature male infants, no significant difference was noticed in the results obtained from the high DHA diet group as well as in the control group.

Professor Gibson explains that, “Boys may have a faster metabolic rate than girls and need higher doses of DHA to make a difference. We need to do a lot more work in this area to find out why.”

This project was primarily funded by the National Health and Medical Research Council, along with the University of Adelaide and Women’s and Children’s Health Research Institute (WCHRI).

Their findings are published in the Journal of the American Medical Association (JAMA).