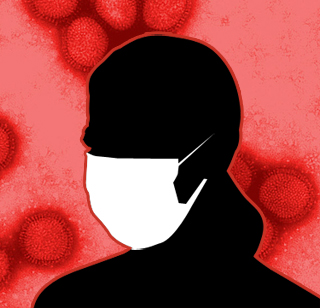 Catching a cold is very common, yet a potentially dangerous criterion. All it takes is a sneeze from the affected person to spread the cold virus. There is not much one can do to prevent the occurrence of such incidences. However, a latest study says that wearing a face mask may shield an individual from catching a cold and maybe even influenza. This study was conducted by the University of New South Wales.

The investigators state that in spite of this discovery, they are facing certain problems in convincing the general public and health workers to adopt this technique. This is believed to be the first internationally conducted clinical trial on the effectiveness of face mask usage against certain diseases.

Lead author, Raina MacIntyre, Professor of Infectious Diseases Epidemiology, says that there may be no efficient treatment for numerous viruses that people develop during winter; however their chances of developing these diseases may dramatically reduce with efficient face mask usage.

Around more than 250 adults in 143 families were studied, during winter season in Sydney, for this purpose. These adults randomly received masks when they were exposed to a sick child in the household. They believe their results weren’t very accurate, because of the participant’s low compliance. Only a few of the study participants had reported of faithfully wearing the masks rarely or at all times. Having said this, the investigators presume that when faced with a serious dilemma, such preventive measures may be taken much more seriously. It was noticed that the people who wore mask at home had a four-fold decreased risk of developing respiratory viruses, as compared to others.

The investigators next step would be to evaluate the effectiveness of the face mask usage in health care workers. In fact it is stated clinical trials on this issue are already in progression. They believe their findings may prove to be beneficial in the fight against flu pandemics and numerous other emerging respiratory diseases like SARS.

Their findings are published in Emerging Infectious Diseases, the journal of the US Centres for Disease Control and Prevention.