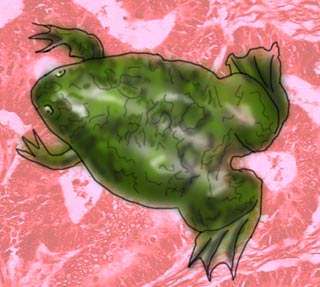 A latest study states that tadpoles could aid in the development of various skin cancer drugs. Who would have thought a tadpole other than turning into a handsome prince could be of assistance for such a good cause. This study was conducted by the University of East Anglia scientists.

Lead author, Dr. Grant Wheeler, School of Biological Sciences, University of East Anglia, says that, “This is an exciting advance with implications in the fight against cancer,” He continues, “The next step is to test the compound in other species and, in the longer term, embark on the development of new drugs to fight skin cancer in humans.”

It is stated that the movement and growth of these pigment cells in tadpoles as well as humans could be the cause of a form of skin cancer. Thus a blockage of these cells could relatively reduce the chances of the development and growth of skin cancer. This study is said to have identified the first efficient man-made metalloproteinase inhibitor, called the NSC 84093.

This species of tadpoles are believed to be very closely related to human beings. Apparently these tadpoles and humans have the same organs, physiology and molecules, thus they share the process of skin cancer development as well. The findings of this novel study could create a huge impact on the development of treatment drugs for skin cancer.

Their results are published in the Cell Press journal, Chemistry and Biology.