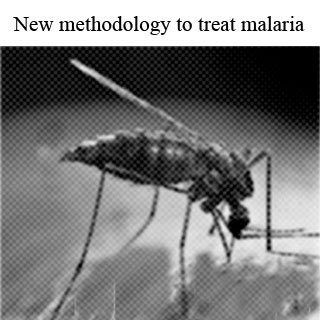 Malaria is a highly deadly and a fatal disease. Globally on an average, every 30 seconds a child succumbs to this disease. Now a latest research has come to the rescue, with a new approach to treating and controlling this form of deadly disease. This ground-breaking research was conducted by the Monash University.

Malaria is said to be an infectious disease which is caused by protozoan parasites. This vector-borne disease, on an estimate, affects around half a billion people while it can be credited for about a million annual worldwide deaths.

Professor James Whisstock, says that, “About forty percent of the world’s population are at risk of contracting malaria. It is only early days but this discovery could one day provide treatment for some of those 2.5 billion people across the globe.”

Lead author of the research paper, Dr. Sheena McGowan, says that, “A single bite from an infected mosquito can transfer the malaria parasite into a human’s blood stream. The malaria parasite must then break down blood proteins in order to obtain nutrients. Malaria carries out the first stages of digestion inside a specialized compartment called the digestive vacuole — this can be considered to be like a stomach. However, the enzyme we have studied (known as PfA-M1), which is essential for parasite viability, is located outside the digestive vacuole meaning that it is easier to target from a drug perspective.”

These Monash researchers were successful in disabling the final stage of the digestive machinery of the malaria parasite. This in turn led to the parasite’s starvation, which brought about its death.

The researchers say that prior to the research; they had a certain clue as to how the malaria parasite could be starved, which they have now even chemically proved. They further state that these findings have laid the basis for the future development of various treatment drugs for this particular disease.

Their findings are published in the Proceedings of the National Academy of Sciences US.