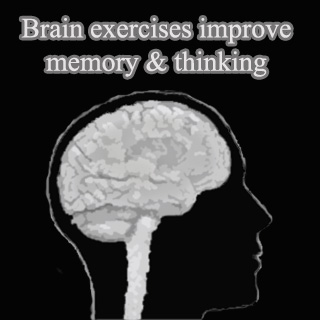 According to a latest study, computerized brain exercises have the capability of enhancing an individual’s cognitive abilities. This study was conducted by the researchers from the University of Southern California and the Mayo Clinic.

Earlier studies had demonstrated that older adults, after frequent practice scored better on cognitive tests. Contrary to those studies, this is the first study to link better cognitive skills with a commercially available software program.

More than 450 healthy adult subjects over the age of 65 were studied by these researchers. Over a period of two months, half of these subjects were trained under the Brain Fitness Program for about 40 hours, while the others were assigned to use educational DVDs for the same amount of time, which was later followed by quizzes.

Study investigator, Elizabeth Zelinski, PhD, of USC Davis School of Gerontology, says that, “The changes we saw in the experimental group were remarkable — and significantly larger than the gains in the control group. From a researcher’s point of view, this was very impressive because people got better at the tasks trained, [and] those improvements generalized to standardized measures of memory and people noticed improvements in their lives. What this means is that cognitive decline is no longer an inevitable part of aging. Doing properly designed cognitive activities can enhance our abilities as we age.”

It was discovered that those who trained on the brain fitness program were two times better in processing information as compared to the others. The study investigators go so far as saying that the subjects trained on this program performed even better than untrained younger adults on an average, on the memory and attention tests. It is also stated that some of the study subjects even experienced an improvement in their everyday cognitive related activities, like remembering names, understanding conversations in a noisy environment, etc.

This “Improvement in Memory with Plasticity-based Adaptive Cognitive Training,” study was funded by the Posit Science Corporation. This study is said to be the largest ever conducted study of a commercially available brain-training program.

Their findings will be published in the Journal of the American Geriatrics Society’s April 2009 issue.