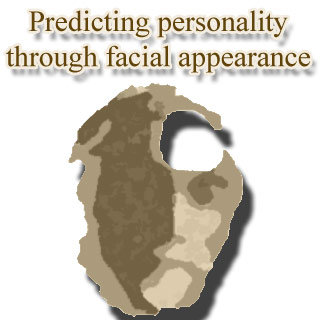 A study which was conducted for the purpose of determining if personality is linked to facial appearance, states that a woman’s face is easier to read as compared to a man’s. Dr. Rob Jenkins, a psychologist at Glasgow University, along with Professor Richard Wiseman, from the University of Hertfordshire, who jointly devised this study, says that a woman’s face reveals more about her personality as compared to a man.

More than 1000 New Scientist readers were studied for this purpose. They were asked to provide the study investigators with a photograph of themselves looking straight into the camera, and to also fill out an online personality questionnaire. They were asked to rate how humorous, lucky, trustworthy, and religious they perceived themselves to be. This self-assessment aided the investigators in categorizing the subjects scoring at the extremes of each of the four personality dimensions.

“Past studies have shown that people do associate facial appearance with certain personality traits and that our snap judgments of faces really do suggest a kernel of truth about the personality of their owner. But we were very surprised by these findings. We did not expect there to be such a difference between the sexes,” says Jenkins.

Jenkins further states that the photographs of these subjects were electronically blended, “to make several composite images.” Supposedly each of these composite images varied in its appearance. These images were later posted online; with the aim to see how accurately common people would identify the personality of the imaged faces. From the online posts these images received, it was noticed that women’s faces were more transparent or would “give more away,” as compared to men.

However, another reason was also given in order to explain these findings. The possibility was considered that perhaps women were more honest and thoughtful while submitting the required photograph to the investigators, as compared to men. Irrespective of this, the overall findings also revealed how people presume the personality of an individual by merely looking at their facial appearance. The investigators hope that these findings could form the base for future studies to be conducted on the relation between personality and facial appearance.

Their findings are published in the New Scientist magazine.