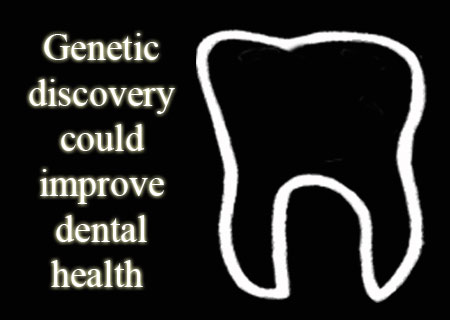 A lot of people including those who smoke or drink experience erosion in their tooth enamel. Such erosions could further progress in to cavities, and even permit decay. Thus these research findings could be very useful for the treatment of people suffering from such tooth problems.

Chrissa Kioussi, assistant professor in the College of Pharmacy, Oregon State University, says that, “It’s not unusual for a gene to have multiple functions, but before this we didn’t know what regulated the production of tooth enamel. This is the first transcription factor ever found to control the formation and maturation of ameloblasts, which are the cells that secrete enamel.”

For the purpose of their research, the researchers assessed a laboratory mouse model. The gene in this mouse was said to have been “knocked out.” It is stated that these type of mice fall short of the basic biological system, which makes its impossible for them to stay alive after their birth. However, these mice proved to be of great help to the researchers to better understand the present as well as the missing elements. In this research, the mice were said to have their basic set of teeth ready to grow, however they did not have the required enamel coating, without which it would not have been functional.

Kioussi says that they could use tooth stem cells in these mice, with the aim of encouraging the growth of new enamel coating. It is stated that few scientists were successful in bringing about a growth of the inner portions of the teeth in laboratory animals. However, these set of teeth lacked the genetic material required for the production of enamel.

These researchers are very hopeful of their research findings. They feel, on confirmation of their findings this research could give a new look or approach to dental health. Having said this they also state that a lot more needs to be done before their findings are confirmed and tested on human subjects.