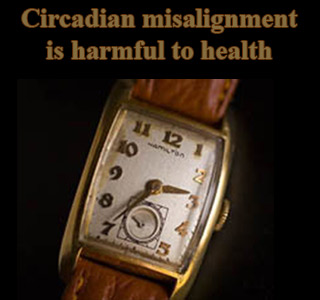 Experts have detected and pinpointed the potential cause for the increased health risk that shift workers face. The reason for their increased vulnerability to developing cardiovascular and metabolic diseases has been identified. This revelation was made by the Harvard experts from the Brigham and Women’s Hospital.

They state that the imbalance between the internal biological clock and the circadian rhythm could further result in metabolic and hormonal changes. Circadian rhythm is the sleep/wake and fasting/feeding cycle. Chronic misalignment between these factors could increase the potential cause of heart diseases, obesity, diabetes, etc. These diseases are commonly found among shift workers.

Lead author of the study, Frank Scheer, a neuroscientist in Division of Sleep and Medicine, Brigham and Women’s Hospital, says that, “There is convincing evidence for an increased risk of cardiovascular and metabolic complications associated with shift work, but the underlying mechanisms were largely unknown. We studied the influence of circadian misalignment, typical of shift work, on physiological pathways involved in glucose metabolism, the regulation of body weight, and cardiovascular function as a possible mechanism.”

Study investigators conducted a study on 10 healthy volunteers, who had to undergo a 10 day laboratory stay. During this period, their sleep quality, blood pressure, levels of leptin, insulin, etc. were closely monitored. Here, the volunteers were made to live on recurring 28-hour “days,” meaning they slept and ate at all hours of the day and night.

By the end of the study the investigators discovered that due to circadian misalignment, an alteration was noticed in both, the metabolic and hormonal levels of the volunteers. Most noticeable changes were noticed in the subjects when their sleep/wake cycle was shifted by about 12 hours. The investigators state that such abnormal levels of hormones could lead to an increased health risk that is commonly faced by shift workers.

Their findings appear online in the edition of the Proceedings of the National Academy of Sciences.