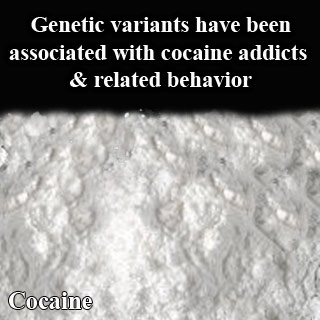 The researchers analyzed almost 4000 subjects of European or African descent. These subjects were categorized as cocaine dependent, suffering from cocaine-induced paranoia or control group. The researchers mainly concentrated on an area of the genome which they had earlier traced to cocaine addiction and cocaine-induced paranoia, which is a symptom commonly faced by certain addicts.

Lead researcher, Lindsay A. Farrer, PhD, chief of the Genetics Program and professor at Boston University School of Medicine, says that, “Our findings suggest that cocaine dependence and associated behaviors may involve biological pathways not typically thought to be associated with brain metabolism and now opens a new pathway to understanding these highly prevalent disorders and their psychopathological manifestations.”

Joel Gelernter, MD, director of the Division of Human Genetics in Psychiatry and professor at Yale University School of Medicine, says that, “We feel that these findings are of great interest because of the novelty of the physiological pathway involved. This is one of the great advantages of taking a genome-wide approach to discovery of risk variants for complex traits like cocaine induced paranoia – you can learn about mechanisms that you would probably have never considered beforehand. This will open a new line of inquiry into the physiology of cocaine-induced paranoia, and possible into symptoms of paranoia more generally.”

Cocaine is believed to be a widely abused drug in the United States. Addictive use of this drug is estimated to be common in more than about one million people. Prior to the present research, there were several studies which had hinted at the substantial genetic contribution to cocaine dependence and related behavior.

Their findings are published in the Archives of General Psychiatry.