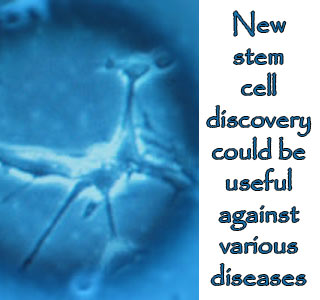 Scientists have discovered a potential way of making stem cells from skin cells, which could be safely transplanted into human beings. This discovery could possibly put an end to the use of human embryos as a source of stem cells. Thus, ruling out the ethical dilemma surrounding the destruction of embryos. This breakthrough research was made by the University of Edinburgh and the University of Toronto.

Earlier techniques used to create embryonic-like stem cells involved the introduction of viruses into the cells. The use of virus was said to aid in the transformation of adult cells, into pluripotent stem cells. But this technique could also potentially lead to cancer. The viruses used, altered the cells’ DNA in such a way that they could not be given without increasing the patient’s risk for the development of cancer. The new technique, on the other hand, does not damage the cells’ DNA. The present method is said to have for the first time made use of human cells to act like embryonic stem cells without the use of any viruses.

In their two research papers, Dr Keisuke Kaji in Edinburgh and Andras Nagy in Toronto verified a safer process through which cells could be reprogrammed. Kaji says that, “This is a step towards the practical use of reprogrammed cells in medicine, perhaps even eliminating the need for human embryos as a source of stem cells.”

They hope that these findings could be very beneficial for the development of various cures and treatments for many diseases. It could even be of great help in the treatment of certain diseases which are presently believed to be incurable. And since this technique makes use of the person’s own tissue, the chances of immune rejection are eliminated completely.

Their scientific findings are published in the Nature journal.