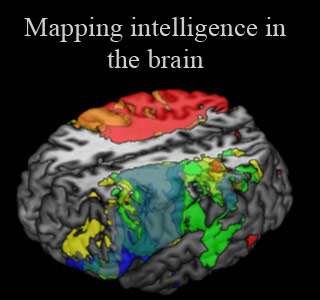 A team of neuroscientists have now taken a step forward and mapped the cognitive abilities in the brain. This is said to be the most wide-ranging mapping to have been done on the brain. These cognitive abilities in the brain were gauged through the Wechsler Adult Intelligence Scale, which is believed to be the most frequently used intelligence test, globally. This study was conducted by the California Institute of Technology.

Neuroscientist Ralph Adolphs, from the California Institute of Technology and his colleagues assembled the brain maps of around 241 neurological patients, which were enlisted in the extensive brain lesion registry of the University of Iowa. These patients were said to have cognitive impairments due to stroke, tumor resection, and traumatic brain injury.

Adolphs says, “The first question we asked was if there are any parts of the brain that are critically important for these indices or if they are very distributed, with intelligence processed globally in a way that can’t be mapped.”

The tests revealed that except for processing speed, the remaining cognitive indices depend on specific brain regions. It is also stated that the brain maps produced by the study could be used to diagnose likely areas of brain damage by combining the maps with the patients’ Weschler test results.

Through this test, the neuroscientists have provided additional information as to how certain elements that determine intelligence quotient scores may rely on particular regions of the brain.

These findings appear in the issue of Neuron.