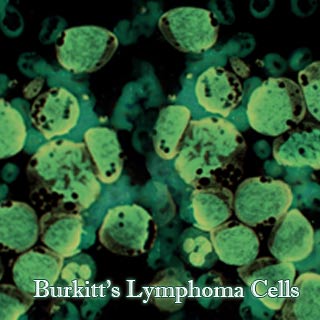 A latest research has revealed the process of how a “dormant” virus results in the development of a certain type of cancer. They have stated that this virus causes Burkitt’s lymphoma, which is said to be a type of non-Hodgkin’s lymphoma. This discovery was made by the Cancer Research UK, University of Birmingham.

It is stated that, annually Burkitt’s lymphoma affects around 200 young adults in the UK. This disease mainly takes place in the children from equatorial Africa. This cancer is believed to take place as a result of a genetic accident in the cells of the B lymphocytes immune system. After the genetic accident has taken place, the chances of developing cancer are said to have increased, if those cells have been infected with the common virus called the Epstein-Barr virus (EBV).

The researchers have stated that the Epstein-Barr protein behaves like the bc12 cellular protein, whose job is to keep the normal cells alive. This ability of mimicking the bc12 protein seems to be a crucial aspect in the development of Burkitt’s lymphoma.

Professor Alan Rickinson, from the Cancer Research UK’s Institute for Cancer Studies at the University of Birmingham, says that, “EBV is carried by most of us as a ‘dormant’ virus – but in a very small proportion of people it can have devastating effects. Precisely how EBV helps to cause Burkitt’s lymphoma has remained a mystery. Now our study suggests that in some tumors it does so by switching on a protein that is usually inactive when the virus is dormant.”

Through this research, the experts have revealed how this particular type of cancer may take place. They have highlighted the importance of understanding the factors that result in the development of this type of cancer. It is believed that understanding each step involved in this process could be of great help in discovering various ways of improving its treatments and may be even preventing the development of this disease.

This research was published in the journal PLoS Pathogens.