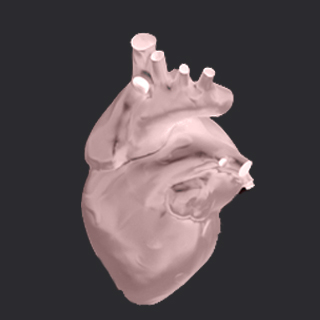 According to a new research around nine new genetic variants have been located, which affect the time that the heart takes to reset itself after each beat. That’s not all, the role of yet another newly identified variant has also been confirmed in the same process. This research was conducted by an international team of researchers who are part of the QTGEN Consortium.

The above mentioned time gap, is called the QT interval. QT interval is said to be the measure of time between the Q wave and the T wave in the electrical cycle of the heart. According to this research, a lengthened QT interval may be a risk factor for sudden death.

The researchers studied more than 15,000 people registered in the University of Washington-coordinated Cardiovascular Health Study, the Massachusetts-based Framingham Study, and the Rotterdam Study in The Netherlands. Thousands of adults whose heart health has been tracked for years were the participants in these long-term studies.

Based on the research analysis, it was revealed that the genetic risk variants and the QT interval problem were directly proportional. It was also revealed that sudden death may result from heart rhythm disturbances due to too long or too short QT. An abnormal QT interval was said to be able to even induce a cardiac arrest in those who consumed a wide variety of medications, including drugs that treat other heart rhythm problems. It was stated that in many of the cases the heart just stops beating which may further lead to death.

Dr. Kenneth Rice, assistant professor of biostatistics, University of Washington School of Public Health, says that, “It’s very difficult for physicians to predict who is at risk for sudden cardiac death or drug-induced ventricular arrhythmias.”

It has been stated that being of the female gender may be a known risk factor for sudden cardiac death. The other known risk factors may be experiencing fainting episodes after physical activity or emotional excitement, and a family history of deaths during exercise or unexplained deaths in otherwise healthy relatives.

It has further been stated that the researchers are trying to discover the actual genes that predispose people to unexpected cardiac death, so that they can have more definite predictors. The researchers were astounded to discover that most of the newly discovered genetic variants were in areas of the genome which were previously not linked with heart rhythm disturbances.

This research was published in the journal Nature Genetics.