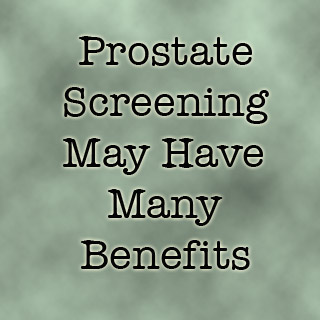 For a long time experts have been searching for compounds that may help them in screening for prostate cancer early in its development. Recently, researchers have made a new discovery which may aid in the early screening of this disease. They have demonstrated that screening for prostate cancer with the use of prostate specific antigen (PSA), may result in the detection of a considerable number of tumors in their early stage. This in turn may make the tumor more treatable. However, there may also be a likelihood of cases of over-diagnosed prostate cancer taking place, as well. This research was conducted by Cancer Research UK.

Prostate cancer is said to be the most commonly occurring type of cancer in men in the UK. It has been estimated that more than 34,000 men are diagnosed with this disease every year. Around 60 percent of such prostate cancer cases are believed to be detected in men over the age of 70.

The researchers are said to have conducted an analysis on more than 43,000 healthy men who were given the prostate specific antigen testing. This was done with the aim of determining how many advanced stage prostate cancers may be detectable by the above mentioned prostate specific antigen testing. The researchers also calculated the amount of time during which prostate tumors do not produce symptoms; which were irrespectively distinguished by a screening test. This time period is called the mean sojourn time. The mean sojourn time test is a way of calculating ‘overdiagnosis.’ It is believed to be used for the purpose of determining the probability of a diagnosis of prostate cancer which would not have caused symptoms during the patient’s lifetime, had the screening not taken place.

Researcher Dr. Nora Pashayan, a Cancer Research UK scientist at the University of Cambridge, says that, “Our results indicate a benefit of screening to reduce the risk of advanced stage prostate cancer. However, this is limited by overdiagnosis. Any screening strategy should take account of the potential benefits and harms of screening. A valuable target for future research would be to estimate the benefit of screening at different ages.”

Lead author Professor David Neal, based at Cambridge Research Institute, Cancer Research UK, says that, “Overdiagnosis is a real concern. There is currently no way to tell whether a prostate cancer is aggressive, or passive. Until a test has been developed to distinguish between these, we would prefer to avoid treating patients who don’t need treatment – because it can lead to unnecessary side effects like impotence and incontinence. It is important that men in their 50s and 60s feel able to talk to their doctors and request a PSA test if necessary.”

It has been reported that although currently there are no prostate cancer screening programs in the UK, instead in its place ad-hoc testing is believed to be undertaken. They have further stated that screening with prostate specific antigen alone is not yet recommended, because as of now there may be no solid confirmation as to whether screening may be able to reduce mortality from the disease. The researchers have recommended men to consult their doctor on noticing symptoms, with the hope of reducing their risk of developing cancer.

These findings have been published in the journal British Journal of Cancer.