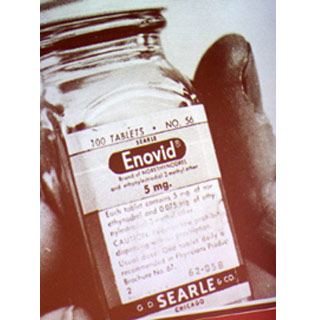 As surprising as it sounds, a report states that the inventor of the birth control pill, who was a Harvard fertility doctor, was of the opinion that people should have as many children as they could afford and they should have them early in life! The invention of the birth control pill is stated to have revolutionized contraception and been the cause of a lot of controversy, as well. This invention was made by John Rock, who was a Harvard College and Harvard Medical School graduate.

Rock’s career was stated to have been spent at Harvard Medical School and the Free Hospital for Women, presently known as the Brigham and Women’s Hospital. Further, it is also reported that he almost spent the same amount of time in developing two contradictory inventions; making infertile women fertile and the birth control pill.

Rock, was said to be the pioneer in the use of hormones to treat infertility. In fact, his experiments in in-vitro fertilization have supposedly laid the foundation for the birth of the world’s first test-tube baby. He worked zealously for years to understand human reproduction and his labor focused on the early development of the human embryo and the timing of a woman’s ovulation.

A symposium discussing Rock’s life and career was believed to have been held at the Francis A. Countway Library of Medicine, Harvard Medical School. It is further stated that this event was held in the honor of the opening of Rock’s papers to researchers and academics. This event was sponsored by Countway’s Center for the History of Medicine. This array was said to have consisted of innumerable scientific documents, letters, photographs, etc. belonging to Rock. More so, these documents even consisted of a brochure for Enovid, which is known to be the first oral contraceptive that was approved by the Food and Drug Administration.

During the symposium, there were presentations on Rock’s life and science by Rutgers University Interim Chancellor and Distinguished Professor of History, Margaret Marsh, and by Wanda Ronner, clinical associate professor of obstetrics and gynecology at the University of Pennsylvania. “The Fertility Doctor: John Rock and the Reproductive Revolution,” was a book written on Rock in 2008 by these two distinguished people.

Marsh says that, “Research on human reproduction cannot be separated neatly into one category of infertility and another of contraception”

It is believed that Rock was a strong supporter of families. However, he was also of the opinion that when couples were content with the size of their family, they should be able to stop conceiving babies. His initial research into in-vitro fertilization was targeted at helping women to conceive. In contrast, his later research led to the invention of the pill which aimed at preventing women from conceiving.