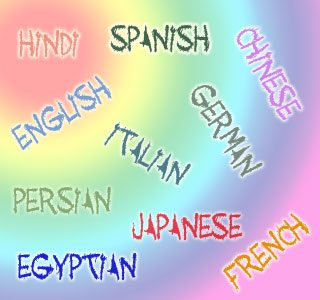 Infants born in households, where family members communicate in various languages may have a head start in life even before they can learn how to speak. It has been reported that infants exposed to more than one language adapt more easily to different learning cues as compared to the babies who come from families communicating in only one language. This observation was made by the experts from the International School for Advanced Study in Trieste, Italy.

It was found that on hearing more than one language, infants instead of getting confused get a mental boost and an improvement was noticed in their cognitive abilities. This observation was made by analyzing seven month old infants for the purpose of the study. The investigators also feel that hearing more than one language trains the infant’s brain in a certain manner, even before the infant has learned how to formulate words. This training at an early age may not guarantee a better mental ability later in life; however it does state that infants may gain from early exposure to bilingualism even before they themselves learn to speak.

Study investigators, Agnes Melinda Kovacs and Jacques Mehler, state that earlier studies have demonstrated that communicating in two languages on a regular basis could aid in enhancing the thinking processes of both, children as well as adults. But not many studies have apparently focused and tallied the cognitive abilities of babies exposed to either one or more than one language from infancy. Thus, to better understand this connection between language exposure at an early age and its effect on the cognitive ability, the investigators analyzed a number of young infants. These infants were said to belong to families which communicated with them from birth itself, in both Italian and Slovenian mother tongues.

Three experiments were conducted on the babies belonging to either the families who were bilingual or the families that were monolingual. It was observed that babies belonging to families that were bilingual performed better in these experiments. It was stated that having an early knowledge about different languages could train the infant’s brain. This training was believed to take place in general, and not be merely restricted to the senses linked with language learning.

These findings have been published in the Proceedings of the National Academy of Sciences.