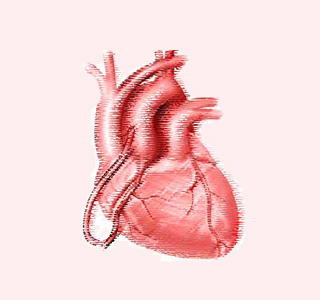 Various kinds of diets exist for people, who want to stay in shape and be healthy. Some diets are helpful at keeping certain diseases at bay. Now, a new study has shed light on the types of foods and dietary patterns which are best for reducing the risk of developing heart diseases. This is said to be the first study of its kind, where investigators have systematically assessed almost 200 studies. These studies are said to have investigated the dietary patterns and its association with coronary heart disease. This newly conducted study was undertaken by the McMaster University.

It was found that there were certain food groups or dietary patterns that could be helpful. These foodstuffs included things like nuts, vegetables, monounsaturated fatty acids etc. An overall ‘healthy’ dietary pattern, such as the Mediterranean diet was considered to be favorable. A Mediterranean diet includes the consumption of fruits, vegetables, healthy fats, little nuts, little red wine, fish and very little red meat. Additionally, the study investigators have also reported that certain dietary factors like glycemic index/load of foods and trans fatty acids could be harmful to the health.

Senior study author, Dr. Sonia Anand, professor of medicine at McMaster University, says that, “We hope our comprehensive review will clarify healthy and harmful foods as related to heart disease for the general public.”

She further states that, “Concluding there is strong evidence that certain dietary patterns, or food groups which are clearly beneficial or harmful, is an easy message for health professionals to send to the general public. People should focus on consuming a healthy dietary pattern, such as the Mediterranean diet, high in fruits and vegetables, and a diet low in trans fat.”

Lead study author, Andrew Mente, PhD, a post-doctoral fellow, elucidates that, “The findings highlight the importance of improving overall diet quality to maintain good cardiovascular health. People need to be cautious and not become too preoccupied with a few individual nutrients or food items, while ignoring diet in its totality. In fact, the evidence gathered on most individual dietary components is too modest to be conclusive, and in many instances, clinical trials evaluating coronary outcomes are absent. On the other hand, the evidence clearly shows that adherence to a quality dietary pattern such as the Mediterranean diet is highly protective against coronary heart disease and total mortality.”

After having said that, it was also pointed out that a deeper analysis needs to be conducted before these findings could be finalized. Not enough evidence is supposedly available to support the benefits of a reduced consumption of saturated-fatty acids and a higher intake of fruits and vegetables, polyunsaturated fatty acids including plant omega-3 fatty acids and whole grains.

The investigators hope that this study may have prompted health professionals and dietitians to present information in a manner which is more people-friendly and less factual.

This study was published in the journal the Archives of Internal Medicine.

Exercise-linked ventricular tachycardia is not a risk to healthy older adults,...