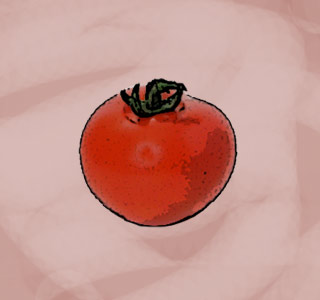 A latest research has astounded everyone by stating that cooked tomatoes may be a healthier option as compared to its raw form. This interesting research was jointly conducted by the experts from the Lincoln University, Canterbury and the New Zealand Institute for Crop & Food Research.

Tomatoes could easily be one of the most widely used food items, globally, on a daily basis. However there is more to it than its sweet and tangy taste. Tomatoes are believed to be a very crucial source of anti-oxidant compounds like lycopene, phenolics and ascorbic acid. However, according to experts, when eaten raw there is a lesser access to these compounds. In other words, it has been stated that high amounts of the anti-oxidants found in tomatoes may be released sparingly when eaten raw. To be precise, it is believed that raw tomatoes release only about 4 percent of the anti-oxidant lycopene!

In order to tract the amount of released anti-oxidants from tomatoes during digestion, the researchers made use of a model of the digestive tract to simulate the activity of the human stomach and small intestine. Through this procedure, it was observed that out of the 75 percent of the total amount of anti-oxidants released, it consisted of only about 4 percent of the lycopene which is found in raw tomatoes.

Carolyn Lister, nutritional biochemist, New Zealand Institute for Crop & Food Research, says that, “Tomatoes are the richest source of lycopene in the human diet, as well as containing other antioxidants essential for health. However, the human digestive tract is not able to release the majority of lycopene from raw tomatoes, so only a small amount would be made available for the body to use.”

It seems that there is an increase in tomatoes nutritive value when they are cooked, unlike other fruits and vegetables which on cooking tend to lose some amount of their nutrition. The researchers have further stated that processing tomatoes increases the concentration of the bio-available lycopene present in them. Therefore, instead of merely being restricted to the consumption of raw tomatoes, one should make use of tomato sauce in their diet to take complete advantage of its valuable lycopene anti-oxidant.

These revelations have been published in the International Journal of Food Sciences and Nutrition journal.