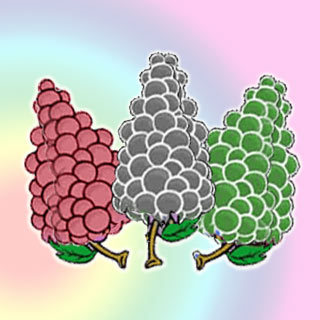 A grape-enriched diet is stated to be of great help in reducing high blood pressure. Apart from this benefit, it is also said to be capable of evading the risks associated with heart-related problems. This addition to the list of benefits derived from a grapes-enriched diet was made by the investigators from the University of Michigan Cardiovascular Center.

These experts have stated that grapes may have these potential benefits due to their naturally occurring anti-oxidants, called phytochemicals. They have further observed that these phytochemicals trigger a protective process in the genes, which may in turn lower the amount of damage that is induced to the heart.

In order to better evaluate the effect of grapes, the investigators conducted an analysis on laboratory rats. They were said to have mixed grapes in its powdered form in the diet of these rats. The diets that were fed to these rats consisted of either a high-salt or a low-salt diet. Following which, the investigators seemingly tallied the results obtained from both the group of rats; where one was fed a grape-enriched diet, and the other group was provided with a mild dose of blood pressure drug.

After the course of the study, the investigators observed that the rats on the grape-enriched diet apparently had lower blood pressure, showed lesser signs of damaged heart muscle and had an improved heart function as compared to the second group of rats who didn’t receive grapes.

Lead author, E. Mitchell Seymour, MS, from the University of Michigan Cardioprotection Research Laboratory, says that, “There are the small changes that diet can bring, but the effect of grape intake on genes can have a greater impact on disease down the road.”

The investigators have explained the reason for the relatively improved heart function of the rats which were fed a grapes-enriched diet. They have stated that akin to the various cells in the body, the heart cells also produce the glutathione anti-oxidant protein. This particular protein is said to be one of the initial defenders which fights against the destructive oxidative stress. An elevated blood pressure is believed to give rise to such an oxidative stress, which in turn reduces the level of the glutathione protein. Now, the role that was played by the consumed grapes was that they turned on the genes which monitored the glutathione protein and thereby increased the amount of this protective anti-oxidant protein.

The study investigators concluded by stating that these findings have provided evidence demonstrating the positive effects that a grapes-enriched diet may have on high blood pressure and its related risk factors. However, as this study was conducted on animal models, the investigators are uncertain if grapes may have the same effect on human beings as well.

These findings have been presented at the 2009 Experimental Biology convention in New Orleans.