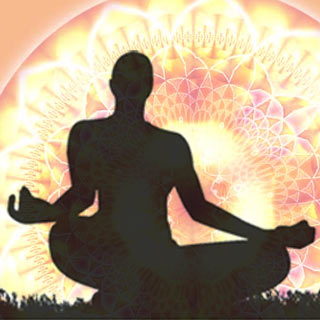 Throughout the world people must have heard of the soothing effects that meditation may have on one’s soul. Meditation is being practiced for centuries in almost every corner of the world. It is known for its ability to calm the soul and bring about inner peace in an individual.

According to a latest study, meditation may also be able to enhance the practitioner’s visuospatial ability, i.e. the ability to preserve a particular image in the visual memory for an elongated period of time. This enlightening study was conducted by Maria Kozhevnikov from the George Mason University, in collaboration with various other experts.

It has been stated that usually an image is retained in the visual short-term memory of an individual for merely a few seconds. However, there may be certain reports stating that certain Buddhist monks have the ability to retain complex images in their memory for minutes or occasionally even hours. Therefore, this team of experts have conducted this study with the purpose of evaluating and analyzing the effects of the varying methods of Buddhist meditation on the visuospatial abilities of an individual.

These experts mainly took two styles of meditation into consideration; i.e., Deity Yoga (DY) and Open Presence (OP). The investigators have further elucidated that DY is a type of meditation where an individual mainly focuses on the image of a deity. This is not as simple as it sounds. The practitioner also has to focus on the deity’s emotions and environment, in addition to creating a detailed 3-D image of the deity. On the contrary, OP is believed to be a method of mediation where the practitioner tries to equally balance their attention while mediating without focusing on any particular experience, thought, or image. Practitioners of this type of meditation believe that pure awareness may not be achieved by focusing one’s attention on a particular image.

For the purpose of analyzing the effects of these methods of mediation on the visuospatial ability of an individual, the investigators analyzed experienced meditators of both the forms of mediation, along with non-meditators. All these participants seemingly had to go through two types of tasks which tested their visual memory (for instance their capability to maintain an image in the memory and ability to identify that image from other images); and their mental rotation ability (e.g. ability to mentally rotate a three dimensional structure).

It was observed that all the participants performed equally in the first series of tests. Thereby, indicating that mediation may not play a significant role in the overall long-term improvement of the visuospatial ability. Having said this, it was also pointed out that the practitioners of the DY form of mediation seemed to have a relatively significant improvement in the tests as compared to the other participants.

The investigators believe that these findings may be very useful for the potential development of various therapies and treatments for memory loss or mental training. They have concluded by saying that a more detailed analysis needs to be conducted for the verification of these results.