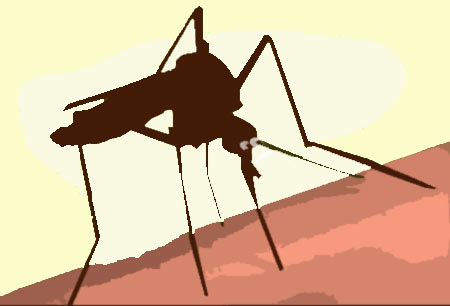 In the mosquito-borne viral diseases affecting human beings, dengue and malaria could be among the most dangerous types of diseases. Dengue may be caused by a bite from a particular genre of mosquitoes, Aedes aegypti and Aedes albopictus. On the other hand, malaria may be caused by a parasite that is transmitted from one person to another by the bite of an Anopheles mosquito.

Now a latest study has seemingly identified cellular components in mosquitoes and human beings which are used by the dengue virus to replicate within the infected host. This discovery could possibly result in the development of drugs useful against this potentially fatal disease. This productive study was conducted by the experts from the Duke University Medical Center.

Globally, dengue fever is estimated to affect around 50 to 100 million people annually, while malaria is believed to be the most significant mosquito-borne viral disease affecting human beings. The symptoms of malaria are believed to develop a number of days or even months after being bitten by an infected mosquito. However, it may now be possible to diagnose malaria and even determine if it is resistant to the drugs used. This may be possible through the use of a diagnostic tool, which is soon to be developed by the Glasgow University.

As far as dengue is concerned, it is believed that there may be no precise drugs which may be useful against this disease. But now the present study is said to have succeeded in identifying many proteins which the dengue fever may rely on for their development and spread in the infected host.

Study author, Mariano Garcia-Blanco, MD, PhD, professor of molecular genetics and microbiology, Duke University Medical Center, says that, “Dengue is a nasty disease, and right now, there is no treatment for it and no way to prevent it. But if we can find a weakness in the virus, we can design a strategy to fight it. This study has helped us identify some gaps in dengue’s armor.”

By silencing one gene at a time these experts succeeded in zeroing-in on the host-factors or genes which were crucial for the development of the virus. Garcia-Blanco says that, “Each one of these newly identified host factors is a potential therapeutic target that could be used to block or slow dengue infection.”

It has been stated that since presently there may be no vaccines to prevent against this disease, it is crucial to sought after novel preventative approaches.

The study has been reported in the Nature journal.