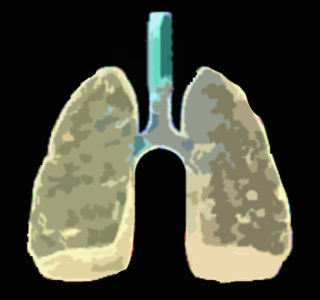 Vitamins in general are considered as an essential requirement for the body. With the purpose of focusing on only one vitamin, we have zeroed-in on vitamin B9 or folic acid. This particular vitamin other than being useful for red blood cell health is also believed to lower the chances of spinal birth defects. Investigators from the Johns Hopkins Children’s Center presume that vitamin B9 may be helpful in curbing allergic reactions, in addition to reducing the severity of allergy and asthma symptoms.

Asthma is said to be a chronic lung disease which could be considered as the most commonly affected disease in children. In the U.S. it has been estimated that more than 7 percent adults and children get affected with this disease.

This is said to be the first study on humans which has evaluated the association between allergies and the blood level of folate (the naturally occurring form of folic acid). For the purpose of this study, the investigators assessed the data of more than 8,000 people. Through this analysis they attempted to trace the effect that the level of folate may have on allergy and respiratory symptoms. They also examined the effect of folate level on the level of IgE antibodies or the symptoms of the immune system which arise in response to an allergen.

Lead investigator, Elizabeth Matsui, MD, MHS, pediatric allergist at the Johns Hopkins Children’s Center, says that, “Our findings are a clear indication that folic acid may indeed help regulate immune response to allergens, and may reduce allergy and asthma symptoms. But we still need to figure out the exact mechanism behind it, and to do so we need studies that follow people receiving treatment with folic acid, before we even consider supplementation with folic acid to treat or prevent allergies and asthma.”

It was observed that those having higher levels of folic acid seemed to have lesser IgE antibodies and wheezing, along with lesser accounted allergies. These people were also said to be at a lower risk of developing asthma.

The investigators have further illustrated that beans, green leafy vegetables, nuts etc. may naturally contain folic acid or vitamin B9. As far as certain cereals and grain products are concerned, seemingly they may have already been fortified with folic acid.

These findings have been reported in The Journal of Allergy and Clinical Immunology.