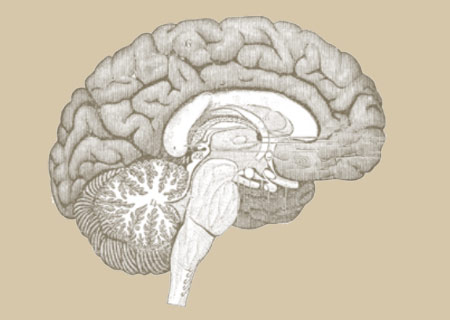 It is believed that the human brain may have outpaced the computer in its ability to distinguish objects and faces, different variations in color, size, lighting conditions etc. However, the process through which the brain is capable of dealing with this visual processing was believed to be quite misty.

Thus, by making use of the opportunity given to them a team of experts gathered evidence revealing that the brain at the initial processing stage may have the ability to swiftly identify objects under different circumstances. The experts were said to have viewed the brain mapping of epilepsy patients who were going to undertake surgery. This study was conducted by the experts from the Children’s Hospital Boston.

These experts have stated that the visual data flows via the retina through a series of the brain’s visual area right up to the temporal lobe. The temporal lobe also seemingly signals back to the previous processing regions, which in turn strengthens the visual perception.

Gabriel Kreiman, PhD, of the Department of Ophthalmology at Children’s Hospital Boston, says that, “What hasn’t been entirely clear is the relative contribution of these “feed-forward” and “feed-back” signals. Some people think that if you don’t have feedback, you don’t have vision. But we’ve shown that there is an initial wave of activity that gives a quick initial impression that’s already very powerful.”

Earlier studies on the topic were said to have made use of non-invasive brain monitoring which could not accurately match the actual processing speed of the brain. Therefore by directly placing electrodes on the brain, the required data was said to have been measured at a very high temporal resolution. This technique was said to have picked up brain signals in every 100 millisecond following the presentation of the visual stimulus.

It was observed that specific parts of the visual cortex in the brain selectively identified certain objects and reacted very powerfully to certain things, which the experts could utilize to verify what the patients were viewing. These experts seemed to be quite interested in further analyzing the link between visual processing and memory. Apart from this, they were also said to be interested in integrating the acquired physiological information into computational algorithms.

These findings were published in the Neuron journal.