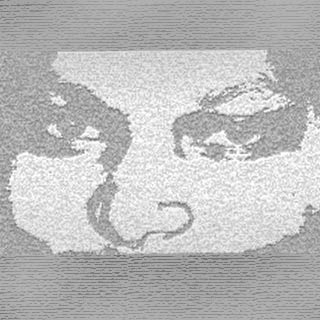 Clinical depression is known to have negative effects on the health of an individual. It is believed that depression may have an adverse effect on attention span, memory, the way the brain processes data and also its capability to learn new things.

In order to better understand the way visual perception may be affected due to depression, these experts analyzed the visual perception of both, healthy people as well as those people undergoing depression treatment. It was observed that the hospitalized subjects seemed to be incapable of filling in the missing sections of a displayed picture. This factor was elucidated by stating that the brain processes vision and since depression is known to affect the cognitive ability, this relation between visual perception and depression may be understood.

Lead researcher Dr. Uri Polat from the Goldschleger Eye Institute at Tel Aviv University, seemingly evaluated these subjects through the creation of a computerized test. This test was believed to have supposedly enabled them to view “the filling-in process,” which takes place in a healthy brain on viewing objects.

It was noticed that the healthy subjects could fill in the missing space of the picture, quite contrary to the incapability of the depressed subjects in doing so. Dr. Polat explains by saying that, “We see with our brain, not with our eyes. The eye is only the tool.”

These experts hope to develop an innovative tool which may be used to diagnose depression. “We are now taking our results and looking at ways we can take the signals in the brain and turn them into an objective tool, both in diagnostics and for monitoring the course of treatment,” says Dr. Polat.

These experts are now seemingly attempting to develop an EEG test which could be used to scan the brain activity of potentially depressed people. They have further stated that this test may be easily undertaken in any hospital or clinic in the U.S.