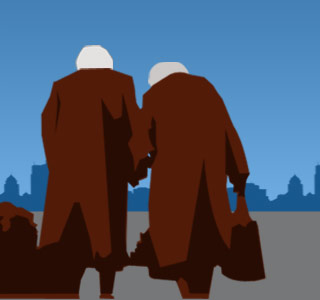 It is believed that the socio-economic status may have a much deeper impact than previously thought on the over-all health of older people. This revelation was made by the researchers from The University of Manchester, University College London and the Institute for Fiscal Studies.

These researchers have stated that people belonging to a lower social class with lesser wealth relatively seemed to have lesser longevity as compared to the richer people. Apart from this the former group of people were also believed to suffer from diabetes, hypertension and self-proclaimed complaints like depression.

Seemingly the disparity between life span and health was believed to have a great impact in the oldest ages, but it was noted that this effect was more prominent in the elderly who were in their 50s and 60s. It was further also noticed that the elderly who undertook volunteering activities seemed to have a relatively healthier mental being if their work was perceived as being appreciated and they were rewarded for it.

Lead researcher Professor James Nazroo from The University of Manchester and his team of experts have also stated that early retirement is believed to be good for the over-all health and well being of the elderly unless they had to do so due to some other underlying complication like poor health. It was further also noted that such people who were forced to take an early retirement usually seem to exhibit a poorer mental health as compared to the people who had taken a routine retirement. Moreover, the ones who had taken a routine retirement were in turn said to have a poorer mental health in comparison to the ones who had taken an early voluntary retirement.

Professor Nazroo says that, “These findings have important implications for us all. Increases in life expectancy raise major challenges for public policy. Among these is the need to respond to marked inequalities in economic position and life expectancy at older ages. In addition, despite the fact that we are all living longer, many people now stop work before the statutory retirement age and a large proportion of these still have the potential to provide a positive input into society, the economy and their own well-being.”