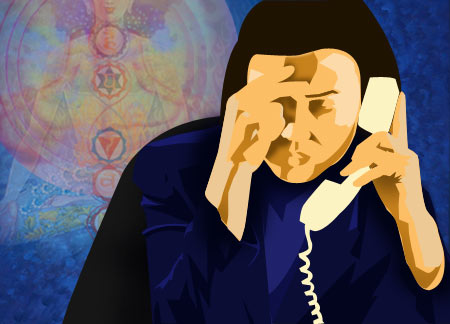 “I have a migraine” and “I have a sinus problem” are commonly heard complaints. But do we utter them with superficial understanding? Sinuses are air filled cavities in facial bones above the eye brows, below the cheeks etc. Sinusitis is the inflammation of these areas due to allergy or infection. The face feels ‘heavy’ and it hurts when you bend forward or move quickly. Besides a stuffy nose and general malaise, mild throbbing headaches are common. Allergies and infections are so common in urban areas that ‘sinus headaches’ become a part of everyday life. It is something you have to live with and you take it for granted. But now there is evidence to suggest that most, if not all so-called sinus headaches may actually be migraines. Off course, both can co-exist.

A migraine is not just a headache from hell. It is much worse! Throbbing pain persists on one side of the face. But that is just the tip of the ice berg. Nausea, vomiting and extreme sensitivity to light and sound mean the sufferer can’t perform even minor tasks. All he/she can more likely do is banish himself/herself into a dark room till it subsides.

Though the exact cause of migraines eludes us, it is believed to be linked to irregularities in the serotonin control system coupled with increased blood pressure as in a normal ‘tension headache’. It is now believed that the facial trigeminal nerve may be sensitized to react to changes in vascular pressure. What this means is the cause of migraines is neural in origin. Vascular causes are thus secondary.

The debilitating nature of the disorder along with its high incidence makes it a big healthcare issue. Migraine afflicts 10-20% of the general population. Before puberty, incidence among boys and girls does not vary. However, post-puberty this changes dramatically. As many as 3/4ths of all adult patients are women. Remarkably, migraines tend to disappear during the later stages of pregnancy while in some cases migraines can become worse. This strongly suggests that hormonal levels are a factor in attacks. So migraines that coincide with menstruation may be triggered by the drop in estrogen levels. Heredity is also implicated.

Apart from hormonal fluctuations, a migraine may be sparked off or stoked by:

(Stress** as most of you will confess can be physical excursion, mental depression/anxiety, disease related etc. If you stay in a city such as Mumbai, the possibility of these various kinds of stress co-existing is very high!).

If you are someone looking for some enforceable solutions, this list may look all too familiar which is why we aim to arrive at a workable, if not a revolutionary strategy against this frustrating condition.

If the patient experiences an aura with a migraine attack, it becomes easier to diagnose. About 1/3rd of migraine patients experience auras. In the absence of an aura, different factors have to be co-related such as nature and location of pain (pulsating and on one side of the face), duration of the attack, inability to perform routine tasks, photophobia, depression, anxiety, anorexia etc. Migraine headaches are more severe and last longer than other kinds of headaches. But all the above mentioned symptoms are assessed purely on what a patient describes to a doctor and therein lay the pitfalls. This combined with the fact that a majority of migraine sufferers do not consult a doctor means that this is a grossly under diagnosed and under treated disease. Of course, by treated, we mean appropriate medical treatment backed by investigation and not home remedies.

Blood tests may be performed to rule out hypothyroidism and other diseases which are known to cause migraines. A physician may also recommend tests such as CT scan, MRI etc to rule out more serious neurological conditions.

The Aura is typical to migraine cases and is useful as such in diagnoses. An aura is a sensory/visual stimulus that precedes or accompanies a migraine attack. This may be in the form of flashes of light, blind spots in the field of vision, buzzing in the head or a general tingling sensation in the limbs. As un-nerving as it may sound, such auras are all too familiar to migraine sufferers as a signal of the pain to follow. It is not surprising that anxiety and depression are one of the most common symptoms observed. Regardless of the aura a premonition can be felt several hours or even a day before the attack actually strikes. This can be in the form of cravings for food, thirst, a burst of energy or depression/anxiety. Contrasting states of depression or bursts of energy may also manifest after an attack is over. It is believed that reduced blood flow which builds up to an attack starts from the occipital lobe which is located at the back of the brain. This lobe houses the visual cortex which is responsible for the processing of our vision.

It must be clear by now how different a typical migraine can be from a ‘sinus headache’:

Although a stuffy nose may be seen in either kind of headache, it would be clear by now how different a migraine is from a normal headache.

How does the ambiguity arise then?

Two reasons are reluctance to seek professional medical opinion and abuse of OTC medications. Paracetamol and other painkillers which are available at less than Re. 1 per tablet are the most abused. Such abuse can cause tolerance which means more and more advanced painkillers will have little effect on you the more you take them. Because that’s what you do with a headache, pop a pill and move on. But Migraines seldom respond to run-of-the-mill analgesics. Even if they do, use of medications over a long-term can give rise to resistance and side effects such as stomach ulcers and even headaches. Combined with smoking, drinking or even excessive coffee consumption, these medicines can create a havoc. Other commonly abused drugs are codeine preparations and anti-histamines like Benadryl which are habit forming. For severe or resistant cases, intravenous drugs may be opted for. Whatever the treatment, consulting a doctor is essential. If not a neurologist or headache specialist, start with your family physician. Newer drugs like Imitrex are more efficacious than other analgesics and are said to reduce severity and duration of attacks. These too should be taken under medical supervision.

Commonly held beliefs blacklist chocolate, cheese, flavored foods, ready-made foods that contain MSG (a preservative) etc as migraine triggers. I wouldn’t blame you if you thought you’re primary school teacher drew this list! The fact is stress is far more likely to cause an attack than these innocuous empty calorie items. Also, different people may be sensitive to different foods. Hence, maintaining a diary is very important. It need not be an extensive log. Small notes on your mobile, computer or a notepad would suffice. Note down all the food items you had leading up to an attack. Also note out of the ordinary events such as excess stress, a sleepless night, medication etc. If you are lucky and you’re notes are precise, you may be able to arrive at one or only a few triggers that affect you by a method of elimination. If for instance you find out that you seem to have attacks following a culinary slugfest with a cheese-loaded and equally expensive pizza, you would know what to avoid next time. If you realize you’ve had an attack whenever you’ve had inadequate or irregular sleep, you know what to expect next time you keep work pending till the last day.
This diary should also include severity and duration of the headache and medicine or other treatment that you tried. This can help the doctor chart out a plan to reduce severity, duration and frequency of your attacks.

The worst thing one can do is to resign to the fact that it is a chronic condition and you will just have to live with it, especially when depression and malaise are symptoms of the attack! A doctor may consider prescribing anti-hypertensives, especially if hypertension co-exists. Anti-depressants and anti-convulsants may also be prescribed if the case warrants. But such treatments are only possible when you visit a doctor. Reasons to visit a doctor are thus many and compelling:

Apart from medication, things known to reduce frequency of attacks are moderate exercise and relaxation techniques.

Do not let migraine rule your life and do not pop a pill. This is the Workable plan that we promised at the beginning of the feature:

Consult a doctor, suitably a neurologist or a headache specialist.

These are things you can start doing from today, simple things that are sure to provide relief and are hard to find excuses for.