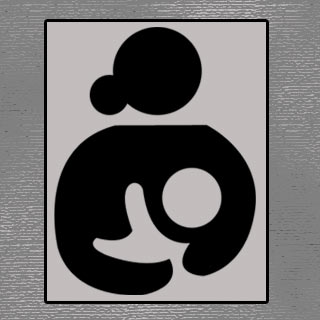 The growing increase in the number of childhood obesity must have urged a team of experts to evaluate the cause of this growing epidemic. They have conducted a study to verify if early parent and child behaviors may have a role to play in this epidemic. Experts from the Department of Nutritional Sciences, Rutgers University say that mothers who oversee their infants’ sign of hunger may inadvertently over-feed them.

To better understand this criterion, a number of low-income dark-skinned Hispanic women were analyzed. These women were believed to mostly feed their infants with formula feed. An initial interview was seemingly conducted along with periodic home visits. During home visits the investigators kept a close watch on the feedings provided to the infants. Following which the mother was interviewed and the infant was weighed.

Apart from this other factors that were taken into consideration were the child’s race/ethnicity, sex, weight gain, maternal age and education, body mass index before and during pregnancy, etc.

Study investigators John Worobey, PhD; Daniel J. Hoffman, PhD, and Maria Islas Lopez, MA, state that, “More frequent feedings, particularly with formula, are an easy culprit on which to assign blame. But maternal sensitivity to the infant’s feeding state, as reflected by the Feeding Scale scores, suggests that an unwillingness to slow the pace of feeding or terminate the feeding when the infant shows satiation cues may be overriding the infant’s ability to self-regulate its intake.”

In the first 6 months, it was observed that neither of the above considered factors seemed to foretell the infant’s weight gain during this period. On the contrary, after 6 months it got considerably easier to predict weight gain in the child depending on their daily number of feeds. The findings indicated that the mother’s who were less sensitive to their infant’s satiety cues may have a higher chance of having an over weight child.

This study was published by Elsevier in the Journal of Nutrition Education and Behavior.