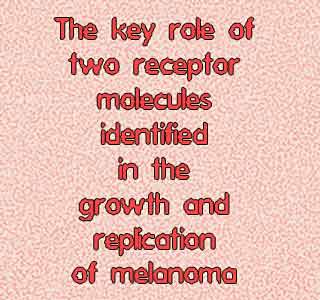 A team of experts have stated that the question revolving around the growth and spread of melanoma may be answered by an analysis of the molecular super-family. This revelation was made by the researchers from the University of Nebraska Medical Centre.

Melanoma is believed to be the most fatal type of skin cancer. It has been estimated that melanoma cases may have increased 4-fold in Britain over the past 40 decades. This deadly form of skin cancer seemingly arises from melanocytes which are the cells producing melanin pigment. This pigmentation may be credited for the color of one’s hair, skin and eyes.

On early detection it may be easier to treat melanoma. However if this cancer advances to the later stages then probably it may spread to the other parts of the body as well. Supposedly if this happens then it may get a little difficult to effectively treat the potentially fatal tumor.

These researchers have therefore analyzed the role played by a super-family of molecules in the development and spread of melanoma. This molecular super-family, which is also known as ‘chemokines’, was evaluated along with their receptor ‘partner molecules’.

For the purpose of the research the experts ‘turned up’ the activity of two specific receptor molecules in the human melanoma cell lines. The two receptor molecules which were manipulated were the CXCR1 and CXCR2. The effect of this entire process was stated to have been witnessed on the development of tumor in mice.

Lead researcher, Professor Rakesh Singh, says that, “These results suggest that a superfamily of molecules controls whether a melanoma advances and spreads to other parts of the body – when it becomes difficult to treat. There is a possibility these molecules could be used in future therapy for melanoma – something that doesn’t exist at the moment.”

Apart from this the director of cancer information at the Cancer Research UK, Dr. Lesley Walker says that the crucial findings of this research have aided in better understanding the process of how this malignant tumor develops and spreads throughout the body.

This research was published in the British Journal of Cancer.