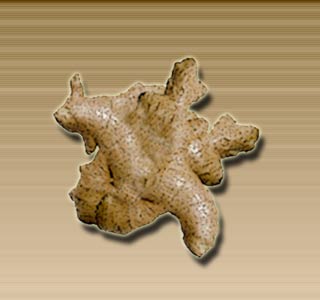 Ginger is long being used as a remedy to cure stomach-aches. They may also be helpful in treating or easing nausea and vomiting. In fact these effects of ginger may not only apply to otherwise healthy people, but also to those suffering from cancer. Ginger is believed to relieve the feeling of nausea and vomiting in the patients undergoing chemotherapy treatments. This revelation was made by the University of Rochester Medical Center.

Most of the patients undergoing chemotherapy treatments are believed to usually experience nausea or vomiting. These experts have stated that cancer patients may possibly lower their post-chemotherapy nauseous feeling by the intake of ginger supplements before chemotherapy. These supplements are notably to be taken in addition to the standard anti-vomiting drugs. This technique is believed to reduce the feeling of nausea by as much as 40 percent.

“Nausea is a major problem for people who undergo chemotherapy and it’s been a challenge for scientists and doctors to understand how to control it,” says lead author Julie L. Ryan, PhD, MPH, assistant professor of Dermatology and Radiation Oncology at Rochester’s James P. Wilmot Cancer Center.

These patients were provided with ginger supplements a few days before their chemotherapy and again a few days after their treatment. Ryan says that, “By taking the ginger prior to chemotherapy treatment, the National Cancer Institute-funded study suggests its earlier absorption into the body may have anti-inflammatory properties.”

These findings are believed to soon be presented on 30th May at the American Society of Clinical Oncology meeting in the Patient and Survivor Care Session in Orlando, Fla.