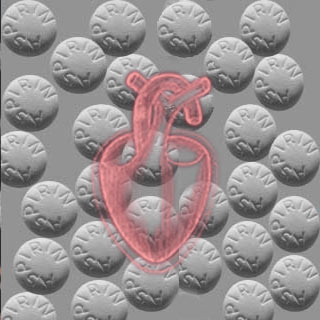 Aspirin is long known to be beneficial for people suffering from heart attacks or those who are on the verge of getting an attack. However what was not known was that which type of aspirin could prove to be the most helpful under such circumstances. Now this question has been answered by a research team led by Dr. Sean Nordt from the University of California, San Diego.

For the purpose of the research, a group of participants were given three types of aspirins. They were either given a whole regular aspirin to swallow, or a regular aspirin to chew and then swallow, or a chewable aspirin to chew and then swallow. Following this, the aspirin blood levels were then gauged in order to determine which mode of aspirin consumption led to the greatest aspirin level in the body.

It was observed that the chewable aspirin seemed to reveal a relatively higher and quicker absorption as compared to the regular aspirin. This differentiation was irrespective of the mode in which the regular aspirin was consumed – either swallowed or chewed. It was revealed that chewable aspirin was the fastest way of achieving a blood thinning effect of aspirin in the blood stream of the patient experiencing a heart attack.

These findings could potentially lead to an improvement in the treatment provided to such patients.

The study, “Comparison Of Three Aspirin Formulations,” has been presented at the Cardiovascular forum at the 2009 Society for Academic Emergency Medicine Annual Meeting at the Sheraton New Orleans.