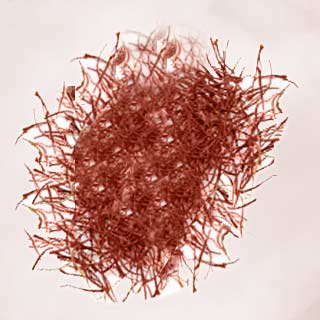 Recently we had reported of a study highlighting the capability of the intake of omega-6 fatty acids in shielding one from developing age-related macular degeneration. Apart from consuming omega-6 fatty acids there are various other things which could enhance an individual’s eye health.

A latest study has stated that the intake of the herb saffron may prevent the loss of eye-sight in later age. Not only this, saffron may also prove to be beneficial for people suffering from certain kinds of eye blinding diseases. This eye-opening study was conducted by Professor Silvia Bisti from the ARC Centre of Excellence in Vision Science (The Vision Centre) and University of L’Aquila, Italy and her team.

Saffron is alleged to be a golden culinary herb which is made from crocus flowers. This herb is being used for centuries for cooking and medicinal purposes. This expensive herb is believed to have a great effect on the genes which monitor the functionality of the crucial vision cells in the eye. Apart from this, it was also noted that saffron held the additional ability to turn around the progress of certain blinding eye diseases. These diseases may include retinitis pigmentosa and age-related macular degeneration.

Professor Bisti says that, “Saffron is not simply an anti-oxidant. It seems to possess a number of other properties which are protective to vision.”

Seemingly a trial on patients suffering with age-related macular degeneration is believed to have suggested that saffron-enriched dietary supplements may treat or cure injured eye cells.

“For example it appears to affect genes which regulate the fatty acid content of the cell membrane, and this makes the vision cells tougher and more resilient. Secondly we have shown in animal models that a saffron diet will protect the eye from the damaging effects of bright light – something we all suffer whenever we go out in the sun,” explains Professor Bisti.

The third factor that was discovered was that saffron may be helpful against genetic eye diseases. In fact even animal studies seem to have hinted at the capability of saffron in decelerating the loss of eye sight. Apart from this, another beneficial effect of saffron was discovered in people suffering from age-related macular degeneration. Due to saffron, signs of cell recovery were seemingly observed in these patients.

The study investigators have stated that the saffron diet treatment may need a more detailed analysis in order to verify these findings.