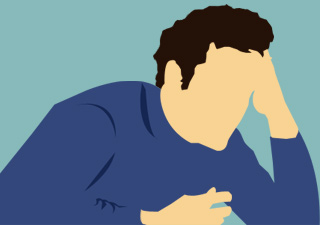 Intervention seems to better benefit patients with pain and depression as compared to the patients receiving the normal, routine care. An intervention including pain self-management program and customized anti-depressant therapy may be able to improve the symptoms of these patients. This claim was made by Kurt Kroenke, MD, of Indiana University School of Medicine, Indianapolis and colleagues.

They have stated that complaints about pain may comprise of more than 40 percent of all the symptom-related outpatient visits. In about 10 to 15 percent of the patients receiving primary care, depression is also believed to be present. These experts have stated that often pain and depression may co-exist with each other.

These investigators conducted a study to verify whether a combined pharmacological and behavioral intervention may aid in improving pain as well as depression in certain patients. They conducted their study on about 250 patients who were believed to be suffering from musculoskeletal pain and co-existing depression. These patients were stated to suffer from low back, hip or knee pain for a period of about 3 months or more, along with suffering from moderate depression severity. These patients were allegedly either placed in the intervention or the usual care group.

The investigators state that, “It is possible that pain improvement in our trial reflected a main effect of improved mood (i.e., an antidepressant effect on mood rather than an analgesic effect), and that as depression lifts, patients may experience pain as being less intense and less disabling. Conversely, it is also possible that the improvement in depression was mediated by an improvement in pain (i.e., as pain improves, patients feel less depressed) or that both depression and pain lessened as a result of treatment effects on a common pathway.”

After 12 months of treatment, it was noticed that the patients in the intervention group had a greater likelihood of overall improvement in their pain as compared to the usual care receiving patients.

These findings were presented in the JAMA issue.

How Drugs attack the Flu Virus, explained by Scientists