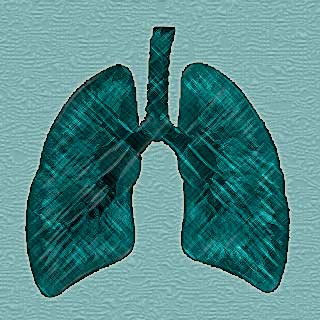 According to a latest study, stem cells in severely damaged lungs may get “activated” and thereby aid in repairing and treating them. These findings could prove to be beneficial for understanding the lung function on a cellular level. It may also aid in developing a test to identify people with early stages of lung cancer who may have a greater risk of developing damaged lungs. This study was conducted by the Cancer Research UK scientists.

Stem cells are believed to regulate and repair the tissue which contains them. However since such cells are relatively lesser than normal cells, the identification of their accurate location and progress may have been a little vague.

Through the use of a “whole-lung” imaging method, the study investigators evaluated and detected the location of the stem cells in the lung tissue of animal models. Apart from this even the role played by these cells in healthy and damaged lungs was assessed.

“Our results suggest that tissue injury is a catalyst for stem cell activation, as we only saw stem cells working to repair this tissue after severe damage,” says Dr. Adam Giangreco, from Cancer Research UK’s Cambridge Research Institute. “Understanding how stem cells repair damaged lungs will also help us to determine the way in which these cells promote the development of lung diseases including cancer. We hope that these findings lead to improved methods for early lung cancer detection. These might include regular screening for lung stem cell activation in people with a high risk of lung damage.”

It was observed that stem cells may not be a part of the normal maintenance process of healthy or moderately damaged lungs. However they seemed to be very crucial in repairing severely damaged lungs. The study investigators believe that their findings may aid in understanding the process which goes on when lungs get damaged. This could in turn help in identifying lung cancer and also improving its treatments.

Their findings were published in the Proceedings of the National Academy of Sciences.