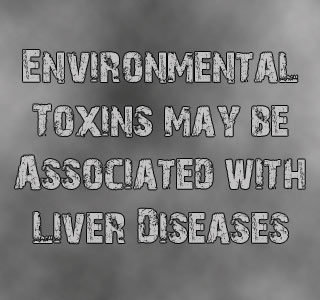 A team of experts may be among the first to have demonstrated that environmental pollution may somehow be linked with liver disease in the common people in the U.S. This study was seemingly built on their previous analysis revealing liver diseases in the workers who were exposed to high-chemicals.

It was estimated that more than one in three American may suffer from liver disease. This estimation was apparently achieved after having excluded the people with risk factors like hepatitis B or C infection, alcoholism, etc.

The present study was said to have been conducted through the reference of the 2003-2004 National Health and Nutrition Examination Survey. Here the study investigators seemingly assessed the chronic low-level exposure to more than 100 common types of pollutants. Pesticides, lead and mercury may be a few of these pollutants. Apart from this, their link with the mysterious development of liver disease in adults was also analyzed.

“Our study found that greater than one in three U.S. adults had liver disease, even after excluding those with traditional risk factors such as alcoholism and viral hepatitis. Our study shows that some of these cases may be attributable to environmental pollution, even after adjusting for obesity, which is another major risk factor for liver disease,” says Matthew Cave, MD, assistant professor, department of medicine, division of gastroenterology and hepatology at the University of Louisville.

It was also stated that this link may not prove any cause or event; however previous animal studies seemed to have revealed the presence of liver disease in those exposed to the above mentioned chemicals.

These findings are believed to be presented on 1st June during the Digestive Disease Week 2009 in Chicago.