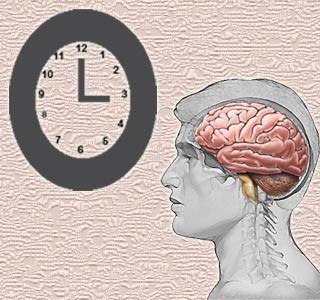 Following the onset of stroke symptoms, a patient is believed to have a limited period of time to be provided with appropriate treatment. Seemingly, within three hours of experiencing their first stroke symptom a patient may need to be clinically administered with a potent clot-busting medication. But seemingly if this time limit is to exceed three hours, then supposedly the use of medications are to be avoided.

However now a novel study has apparently demonstrated that a stroke patient may benefit from appropriate treatments provided even 4.5 hours after experiencing their initial symptom. This intriguing study was conducted by Maarten Lansberg, MD, PhD, assistant professor of neurology and neurological sciences, Stanford University School of Medicine, along with colleagues from Germany and Belgium.

It has been estimated that in the U.S. the number of stroke or brain attack victims has crossed the 750,000 barrier. Such cases are believed to take place due to the abrupt slump in the blood flow to the brain. It was noted that usually the kind of strokes which occur are ischemic in nature, which are believed to be caused from an obstructed artery. Such strokes may allegedly be treated with the tissue plasminogen activator (tPA) medication, which in turn aids in opening up blocked arteries and restoring blood flow to the brain. It is believed that tPA is a potent blood thinner. However it was even noted that the right time of providing these treatments may prove to very crucial.

Lansberg says that, “We’ve known that this treatment works for ischemic stroke since 1995. But in the United States, only about 3 percent of stroke patients end up getting treated. Most of them are ineligible because they come to the hospital after the three-hour time window.”

Apparently great efforts were made to increase the time gap for providing such treatments, but to no avail. Some believe that treatments provided after the three hour gap may prove to be beneficial, while others preferred to hold a neutral stand on the issue.

However after referring to four of the major tPA stroke trails, the investigators of this study were said to have cleared the mist around this issue, to a certain extent. It was noticed that the chance of recovering may increase by about 31 percent for the stroke patients who were treated within the 3 to 4.5 hour time-gap after the onset of their first symptom. Evidently, these investigators also didn’t seem to find much difference in the mortality rate of patients treated with tPA within the 3 to 4.5 hour time gap.

These mind-boggling findings have been presented online in the Stroke journal.