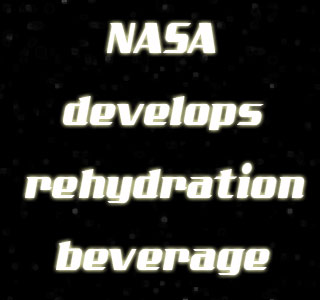 This beverage is believed to be the answer to dehydration caused by jet lag and altitude sickness. It is also believed to prevent the loss of body fluid during illness, heat exposure, or strenuous exercise.

NASA’s patented formula is stated to consist of sodium citrate and sodium chloride, which is believed to be of immediate aid against dehydration. Evidently on dissolving in water, these electrolytes are believed to increase the amount of sodium ions within the body.

John Greenleaf, inventor of the formula, says that, “We developed the hydration formula to perform optimally under the most extreme conditions. The health of our highly trained astronauts was paramount. With all that Americans and the government have invested in the space program and our astronauts, this is one clear way to protect and maximize that investment. And now the general public will benefit from this research as well.”

Apart from this it was also noted that this electrolyte formula is an isotonic formulation which may presumably restore the intracellular and extracellular volumes of body fluid in the dehydrated astronauts.

This formula was stated to have been licensed by NASA’s Ames Research Center, Moffett Field, Calif. to Wellness Brands Inc., Boulder, Colo. More so, in June 2009, Wellness Brands hopes to launch its first electrolyte concentrate brand, called “The Right Stuff.”