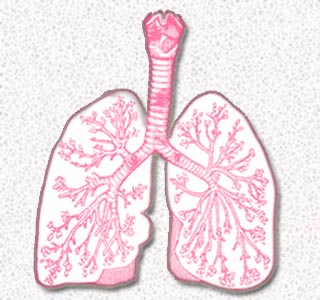 A particular protein has been identified in the lungs, which is believed to be of great help in evaluating the development of Idiopathic Pulmonary Fibrosis (IPF). The IPF disease is stated to be a rare form of lung disease. This discovery was made by the investigators from the University of Cincinnati.

Idiopathic Pulmonary Fibrosis is stated to be a chronic and progressive interstitial disease which scars the lungs. With the progression of this particular disease, the air sacs in the lungs are believed to get exchanged with fibrotic scar tissue. Seemingly, the place where the scarring takes place the lung tissue gets thicker, which causes a permanent loss of the tissue to carry oxygen to the blood stream.

Serum surfactant protein A is believed to be lipoproteins which permit the lungs to function efficiently. These investigators have stated that the Serum surfactant protein A may be greater than the remaining markers of IPF, which could in turn be a better guide in determining the treatment and timing for lung transplantation. This particular protein is seemingly the most superior predictor of whether a patient may survive within the first year after being diagnosed with this disease.

Lead investigator, Brent Kinder, MD, an assistant professor of medicine at the UC College of Medicine and pulmonologist with UC Physicians, says that, “A simple blood test may give us the information we need to help determine the short term risk of death in a patient with IPF. This protein is a stronger predictor of the severity of illness than age, symptoms or prognostic data, like breathing tests.”

The discovery of the predictor of the disease is believed to be useful to physicians in the immediate evaluation of the intensity of the disease in a patient. More so this evaluation may seemingly be undertaken in such a way that the physician may even be able to determine the most effective course of treatment.

These findings have been published in the Chest journal.