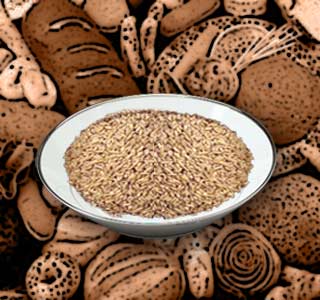 Most nutrition experts believe that school lunches should incorporate more whole-grain foodstuffs however food-service workers seemingly due to what-so-ever reason may fall short of doing so. This observation was made by the investigators from the University of Minnesota.

These study experts are believed to have discovered that inspite of knowing the benefits of whole-grain foods on health, school food-service workers may face certain difficulties. Apparently they may find it hard to identify if a particular food product contains whole-grains or not. Another problem was that such foods may be expensive and in the long run it may not be easy to locate the vendors who sell such products.

Len Marquart, the project’s lead study author and an assistant professor in the university’s food science and nutrition department stated that, “The goal is to remove confusion surrounding the definition of a whole-grain food and to provide simple standards to follow when ordering whole grain products for school meals. This will require working together–enhanced communication among vendors, distributors and manufacturers along with key players in government, industry and school foodservice.”

Supposedly, schools may play a vital role in the overall health and the kind of food children prefer to eat. On an average, a child may need at least three servings of whole-grains per day. It was observed that children in America may only have one serving in a day which evidently may not fulfill the required amount of essentials gained from whole-grain products.

This new study is believed to be a part of an ongoing series where experts are presumably attempting to gauge the kind of awareness people may have regarding whole-grain foodstuffs. They were also believed to be on the look out for a medium through which such foodstuffs may be inculcated in the regular diet of children. The experts also aimed to inculcate this particular idea in school nutrition programs.

These findings were published in the journal of Child Nutrition and Management.