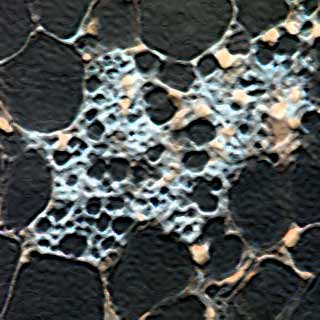 Brown fat is believed to burn calories in infants and small mammals. However, now a latest study has stated that even human adults may have much more of this kind of fat than previously imagined.

Most of the fat in adult bodies is stated to be white fat. This type of fat along with providing insulation also stores calories. And this is the type of fat which may be termed as “bad” fat when gained in excess. On the other hand, brown fat or “good” fat was believed to be absent in human adults.

Lead author, Aaron Cypress, MD, PhD, MMSc, of the Joslin Diabetes Center, Boston, says that, “We now know that it is present and functional in adults. Three ounces of brown fat can burn several hundred calories a day.”

These experts have apparently for the first time measured patches of brown fat (brown adipose tissue) in human adults. This measurement was believed to have been made possible with the help of a high-tech imaging method, PET/CT. This imaging method evidently combines computed tomography and positron emission tomography. Through this method more than 1900 subjects were believed to have been scanned from their mid-skull to mid-thigh.

Whenever detectable, brown fat was presumably found to be in the region extending from the front of the neck to the chest. About 6% of the subjects having detectable brown fat were also found to have 3 ounces or more of the fat.

Cypress further says that, “We believe that this percentage greatly underestimates the number of adults in the population who have a large amount of brown fat.”

Seemingly another study was stated to have discovered that this scanning method may be able to detect more brown fat in people who were in a room cooled to 61°F. Similarly, the present study experts were believed to have noted that the people who underwent this scan in winter seemed to have greater brown fat activity as compared to those who were scanned in the summer season.

This type of fat is believed to have given experts a novel approach to developing treatments for obesity and related issues. However it was even noted that merely having brown fat may not aid in weight loss. This fat may need to be activated and monitored in order to determine if it is safely burning calories.

These findings were presented at the annual meeting of The Endocrine Society in Washington, DC. They were also published in the issue of the New England Journal of Medicine.

Gender link between parents and children play an essential role in...