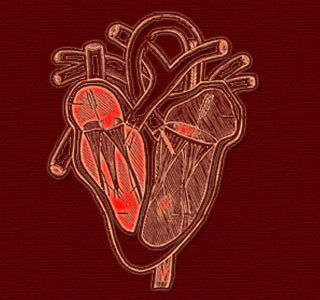 A team of experts presume that an accelerated risk of myocardial infraction or heart attack may be traced to genetically increased levels of lipoprotein(a). This suggestion was made through the genetic analysis of three together by Pia R. Kamstrup, MD, of Herlev Hospital, Copenhagen University Hopsital, Herlev, Denmark and colleagues.

Inspite of aiming of low-density lipoprotein cholesterol (LDL) by statin treatment, myocardial infraction (MI) is presumed to be a leading cause of illness and even death. The experts have stated that lipoprotein(a) levels may significantly differ in different people. These levels presumably may to a certain extent depend on the variations in the LPA gene coding for the apolipoprotein(a) moiety of lipoprotein(a).

Evidently the most dominant LPA variation would be the kringle IV type 2 (KIV-2) size variation. The amount of KIV-2 repeats was believed to be somehow associated with the lipoprotein(a) levels.

For this purpose the experts were believed to have verified if the level of genetically increased lipoprotein(a) may be traced to an elevated risk of heart attack. The data from three studies were stated to have been genetically analyzed by these experts. They had evidently referred to the Copenhagen City Heart Study (CCHS), the Copenhagen General Population Study (CGPS), and the Copenhagen Ischemic Heart Disease Study (CIHDS).

Having said this, it was also noted that randomized clinical trials may be required to demonstrate a causal link between lipoprotein(a)-lowering treatment and the reduced risk of MI.

These findings were presented in the JAMA issue.