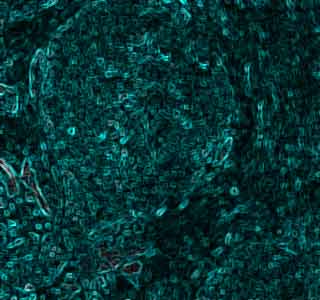 A team of experts were believed to have discovered a protein which may be able to predict the outcome of breast cancers which have spread to the lymph nodes. This discovery was made by the experts from the René Gauducheau Cancer Centre, France.

For this study, the experts had presumably taken samples from more than 90 women who had undergone surgery for lymph node positive breast cancer. The cancer was stated to have grown and spread to the armpit region. The level of UBE2C protein in these samples was believed to have been tallied with the outcome of the patients after a period of five years. In this way it was observed that, elevated levels of this protein may be associated with an aggressive cancer tumor.

These experts hope that this particular protein may be developed into a test which may be used to predict the best type of treatment for such patients. Seemingly, this may also be useful in aiding scientists to zero-in on the drugs which may focus on the UBE2C protein.

Lead author, Dr. Pascal Jézéquel says that, “Previous studies have alerted us to the presence of UBE2C in certain particularly aggressive cancers, so we wanted to understand how reliable an indication high levels of the UBE2C protein was in predicting the likelihood of the cancer returning after treatment.”

This study was stated to have highlighted the ability of this particular protein in predicting the intensity of aggression of the tumor. Dr. Jézéquel continues that, “The UBE2C protein appears to be linked to a process called the proteasome system, which when it goes wrong, can drive this type of cancer. So, we believe that the chemotherapy drug bortezomib (Velcade), which is designed to block proteasome activity, could work against this form of the disease.”

If these findings have been confirmed in clinical trials then it could be useful to the patients who may not have benefited much from the present treatments.

Director of cancer information at Cancer Research UK, Dr. Lesley Walker, says that, “We no longer see people with breast cancer as belonging to a single group because we now know there are many different forms of the disease. Personalizing treatments in this way enables doctors to decide what treatment is likely to have the best effect to improve survival and avoid unnecessary treatment.”

Seemingly the next step would be to verify if this protein may be used as an indicator of what kind of treatment may benefit a patient.

These findings have been published in the British Journal of Cancer.