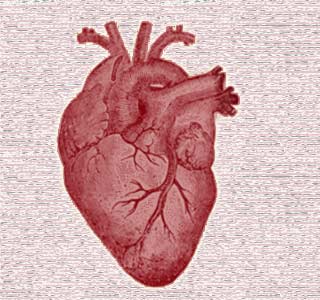 According to a latest study psoriasis may somehow be linked with atherosclerosis, which results due to the accumulation of plaque in the arteries. This study was conducted by Srjdan Prodanovich, MD, of the University of Miami Miller School of Medicine and colleagues.

Psoriasis is estimated to globally affect nearly 2 to 3 percent people. It is also believed to have a connection with depression and arthritis, apart from affecting the patient’s skin and quality of life. It evidently may be characterized by an increased frequency of peripheral artery disease, ischemic heart disease, cerebrovascular disease and a greater risk of dying.

The study investigators have informed that, “More recently, psoriasis has also been shown to be a systemic inflammatory condition, with similarities to other inflammatory immune disorders. Since the risk of myocardial infarction is increased in rheumatoid arthritis and systemic lupus erythematosus, which are both inflammatory conditions, attention has been focused on the association between psoriasis, cardiovascular risk factors and myocardial infarction.”

For this study, the experts were believed to have assessed the data of a vast number of people both suffering with or without psoriasis. It was also noted that the patients suffering with psoriasis seemed to be slightly older than the people in the control group.

It was observed that, “After age, sex and history of hypertension, diabetes, dyslipidemia [abnormal cholesterol levels] and smoking status were controlled for, patients with psoriasis were significantly more likely than controls to carry a diagnosis of atherosclerosis.”

More so it was also stated that psoriasis patients may be more prone to developing another blood vessel disease including cerebral vascular disease, ischemic heart disease or peripheral arterial disease.

“This result is not surprising, given the systemic nature of atherosclerosis,” elucidate the experts. “It has tremendous and far-reaching clinical implications, as all of these vascular conditions represent a major financial cost to the health care system as well as a major cause of disability and death. The latter finding was corroborated by our analysis, whereby we concluded that psoriasis is an independent risk factor for mortality; i.e., we found a higher percentage of deaths among patients with psoriasis than among patients without psoriasis (19.6 percent vs. 9.9 percent).”

They have also stated that further studies may be required to determine if an aggressive treatment of either psoriasis or heart risk factors may bring about an improvement in atherosclerosis.

This study was published in the issue of Archives of Dermatology, one of the journals of JAMA/Archives.