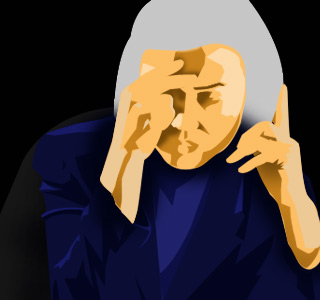 Stress may be the reason for the premature graying of a person’s hair. Supposedly, experts have put forward that “genotoxic stress” may cause damage to the DNA and may also reduce the melanocyte stem cells (MSCs), which are apparently present within hair follicles. It was seen that the graying of the hair may be stopped with the reduction of stress. This observation was made by Emi Nishimura of the Tokyo Medical and Dental University.

The MSCs are believed to play a crucial role in the production of the pigment-producing cells. Evidently, hair is believed to attain its color from these stem cells. As the stress levels increase, these stem cells seemingly separate and themselves form full-grown melanocytes.

Nishimura has stated that, “The DNA in cells is under constant attack by exogenously- and endogenously-arising DNA-damaging agents such as mutagenic chemicals, ultraviolet light and ionizing radiation. It is estimated that a single cell in mammals can encounter approximately 100,000 DNA damaging events per day.”

The study investigators have even noted that cells may have various complex ways to repair the damaged DNA and avoid the inheritance of these lesions to the daughter cells.

“Once stem cells are damaged irreversibly, the damaged stem cells need to be eliminated to maintain the quality of the stem cell pools. We found that excessive genotoxic stress triggers differentiation of melanocyte stem cells,” says Nishimura. The process of differentiation may be a better option to get completely free of the cells than stimulating their death.

An analysis on mice was believed to have revealed that ionizing radiation may lead to irreparable DNA damage. It was further found that ataxia telangiectasia mutated (ATM) may acts as a so-called stemness checkpoint which protects against MSCs differentiation. This is the reason people who suffer from Ataxia-telangiectasia may experience graying of the hair too early in life. The Ataxia-telangiectasia is stated to be an aging syndrome resulting from a mutation in the ATM gene.

Apparently experts support the “stem cell aging hypothesis”, which suggests that genome instability may be a vital factor commonly leading to aging. This hypothesis states that the DNA damage to long-lived stem cells may be a key reason for the symptoms of premature aging. Apart from stem cells reduction observed in melanocyte stem cells, qualitative and quantitative changes to other body cells have been seen as well. Changes are generally observed in blood stem cells, cardiac muscle and skeletal muscle. Stresses on stem cell pools and failure in the genome maintenance may affect tissue renewal capacity and early observance of aging-related characteristics.

This report appears in the Cell journal.