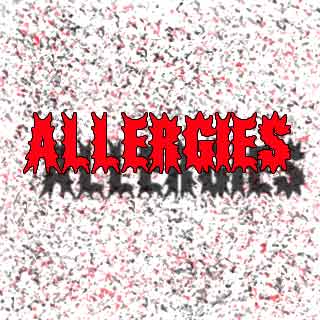 Allergies are believed to have become universal during the last few years. Apparently, it is still not clear as to why certain people seem to develop allergies. A new study conducted at Stockholm University, is believed to illustrate that early exposure to bacteria and viruses may reduce the risk of allergies later in life. Evidently, the study experts were believed to have shown the connection between infections from the herpesvirus, Epstein-Barr virus (EBV) in small children and also the protection from the development of antibodies linked to allergies.

Supposedly, if the mother is allergic then her child may have more chances of developing this condition. Also, changes in life style seem to play a major role in developing allergies. For the purpose of the study, a group of children from birth to five years were noted to have been examined.

“Contracting EBV later in life can lead to glandular fever, and apace with greater affluence, increased numbers of glandular fever cases have been reported. Perhaps from an evolutionary perspective it is more advantageous for both the virus and its host to meet earlier in life,” stated study author Shanie Saghafian Hedengren.

EBV appears to spread easily through saliva and is believed to mostly affect young people. An infected body, evidently has two types of immune defense, namely, natural immunity and acquired immunity. Hedengren in this study has apparently explained monocytes which seem to be a type of white blood corpuscles. Monocytes are believed to be a part of the natural immune system.

Hedengren says that, “Innate immunity plays a crucial role at the beginning of life as protection against bacteria and other microbes, since the acquired immune system is not fully developed at that stage. What’s more, acquired immunity and its memory are formed by ‘communication molecules’ that are initially transmitted by monocytes, among other sources. Imbalance in the monocytes function, as a result of less stimulation by microbes and viruses early in life, may therefore play an important role in the development of allergies.”

Apparently, the study seems to show that natural immunity in EBV-infected children seems to react in a moderate way, which is why early infection normally produces no symptoms. However, Hedengren is believed to have stated that newborn children who appear to have an allergic mother may have weaker monocyte responses to microbes up to the age of two.

“Nevertheless, these high-risk children need adequate immune stimulation early in life in order to reduce the risk of allergies. In other words, lots of love for the youngest babies in the form of many and sloppy kisses,” concluded Hedengren.

Supposedly, majority of the world’s population seem to carry EBV throughout their lives. This virus is believed to be a common herpes virus.

This study was called the Microbial and maternal influences on allergic sensitization during childhood: defining a role for monocytes.